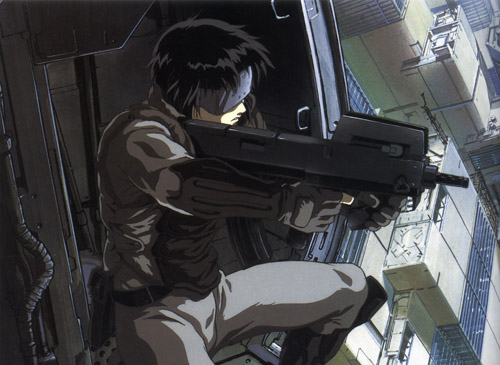 It’s already been a big morning for anime fans; Variety says that DreamWorks has grabbed the rights to make a 3-D, live-action adaptation of Masamune Shirow and Production I.G’s Ghost in the Shell movie. There are a few interesting facts in the article:

? DreamWorks got the rights thanks to Steven Spielberg, who calls Ghost “one of [his]favorite stories”
? Avi Arad, the guy who made all the good Marvel movies happen (and a couple of the bad ones) will co-produce
? Jamie Moss, who did the script for Street Kings, will write, and since I have no desire to watch Street Kings, I have no idea if this is a good or bad thing

So Spielberg is not producing, although it should be pointed out that even if he did, that would be no guarantee of quality (cough *Transformers* cough). And I think we can safely say that the U.S. version will not have a nude woman jumping off a building.