Videogames come and videogames go, but nothing will ever hold sway over an entire generation like the good ol? Nintendo Entertainment System. Some estimate that 800 NES games were released for the system from 1985 to 1995; far too many for us to process. If you had a normal childhood, you invariably missed a lot of good NES games, unless you were that hopelessly spoiled kid who owned every single release and had Super Mario Bros. 3 imported from Japan a year before everyone else got it. Then he charged his friends a quarter per life to play it, the little shit. No one liked that kid.

Yet today, each of us can be that kid. The vast majority of NES cartridges are dirt cheap on eBay, and emulators allow to us to play just about anything from the Ninja Gaiden trilogy to cult hits like Crystalis and River City Ransom. Perhaps now?s the time to make it up to the games we ignored because they didn?t have pretty box art or prominent advertising or Vanilla Ice tie-ins. Here at Topless Robot, we?re starting with these. 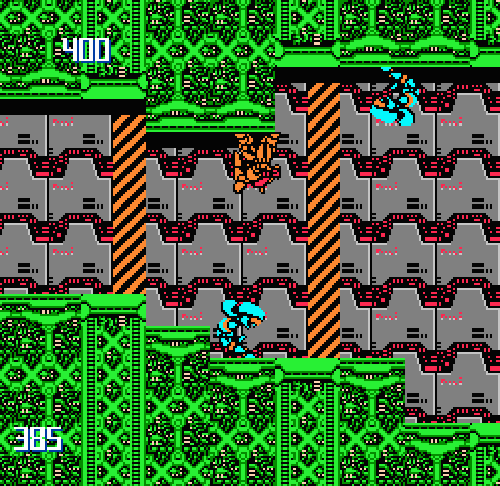 The game: There?s only one truly inventive thing about Metal Storm, but it?s important: the M-308 Gunner robot that you control can reverse gravity at any time. It turns a fairly good action-shooter into an altogether unique game, as Irem puts the idea through its paces by sticking that tubby little robot in both traditional blast-everything environments and more demanding puzzles. It?s short but fairly tough, and, like the best old-school games, fun simply to screw around with.

Why no one played it: We could blame the cramped NES market of Metal Storm?s day or the fact that Irem games didn?t get terribly wide distribution, but we prefer to lay the blame sorely on the title?s similarly to that of the 1983 cinematic turd Metalstorm: The Destruction of Jared-Syn. Irem?s choice in title likely made customers think they?d be playing an NES version of this: 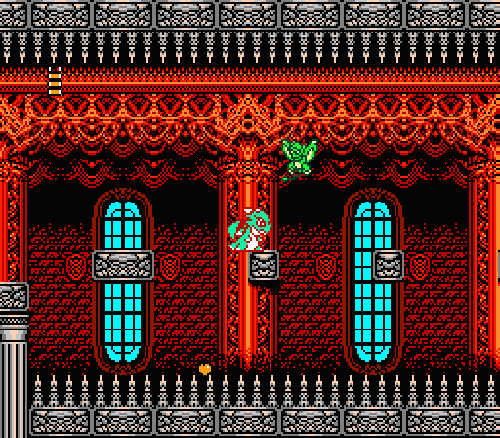 The game: A mouse, a dragon, a golem and a spiky-haired kid set out to save a kingdom with their unique abilities, all of which the player gets to explore in four separate introductory quests. The dragon can fly, the golem can take a lot of punishment, the kid can shoot bells and climb walls, and the mouse can lay what are either magical landmines or magical exploding mouse turds. It?s a simple game with simple appeal, yet the interchangeable characters boost it beyond most of those other run-of-mill NES games driven by hopping and shooting.

Why no one played it: Like just about every NES game released after 1991, Little Samson was overshadowed by every Super NES title on the market. Yes, even Bill Laimbeer?s Combat Basketball. 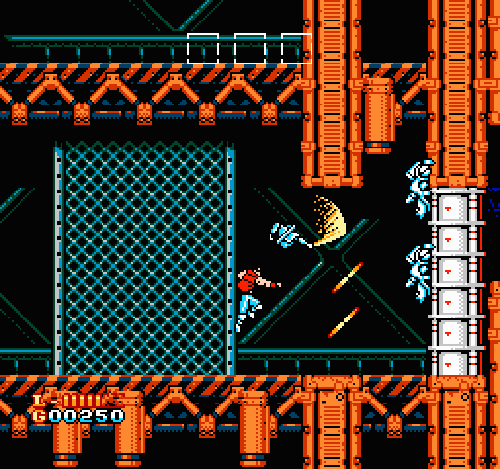 The Game: Shatterhand was originally a Japanese game based on some superhero TV show, but Natsume and Jaleco made the American version substantially better by making its premise just plain retarded. Our hero, Steve Hermann, is near-fatally sandwiched by two rebellious androids (ew) and gets new cyborg hands with which to beat down a worldwide robot uprising. ?Shatterhand? himself never stops looking silly, but the gameplay finds the under-rated developer Natsume at their best. The controls and stage design are exceptional, and there?s a surprisingly wide variety of helper robots for Mr. Hermann to acquire. Until they turn on him, of course. 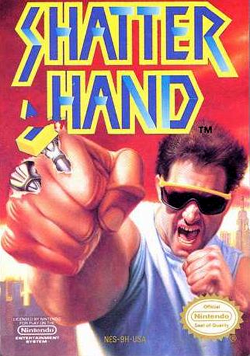 Why no one played it: Those sunglasses. That?s why. 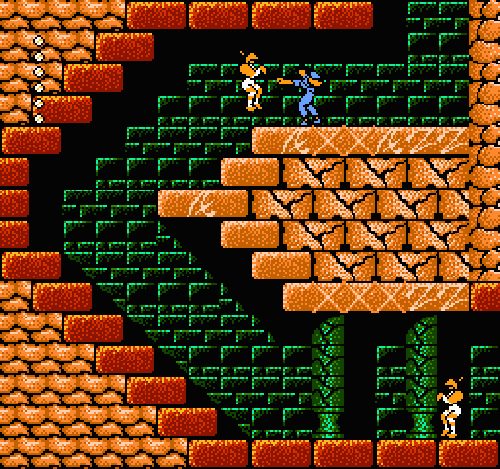 The game: Kids sure liked the two Golgo 13 NES games, with a stony-faced assassin antihero fighting Hitler clones and bedding hot female spies and sniping unsuspecting enemy agents. One problem, though: the games are actually terrible, ugly, multi-genre messes. But Golgo 13 creator Takao Saito gave the NES more than two unjustly revered crapfests. A lesser-known Saito manga, Master Thief Sugar, inspired Vic Tokai?s Secret Ties. It falls shy of brilliance, but the game?s a competent action title with shades of both Castlevania and Ninja Gaiden, stitched together with a self-assuredly ridiculous story. The game?s thieving hero (renamed ?Silk? for the U.S. edition) comes across as Golgo 13 with actual personality, though Golgo would never bother saving women from the horrors of ancient civilizations or lecture the Nintendo generation about the environment. You?re a wuss, Silk.

Why no one played it: It?s okay if you missed Secret Ties, because it was never released. Anywhere. It wasn?t even published in Japan, where Saito?s been able to turn out about eighty billion volumes? worth of Golgo 13 shooting people in the head. In fact, it wasn?t until 2004 that the Lost Levels found a prototype of Secret Ties and released a downloadable ROM for everyone. Go and try it. It?s a victimless crime.

The Game: Bear with us here. Minister Pumpkin and his ?Farmies? conquered the Salad Kingdom and kidnapped Princess Tomato, leaving Sir Cucumber and his sidekick, Percy the Persimmon, to rescue her. Yes, it?s a vegetable-themed fairy tale told through a graphic-adventure game interface; think Zork with pictures of Zucchini Mountains and Celery Forests and Leek Ghettos and Rutabaga Brothels. And the whole thing is surprisingly fun. Comfortable in its own awful jokes, Princess Tomato benefits from a well-designed interface, decent puzzles, and a game script that frequently mocks the player. 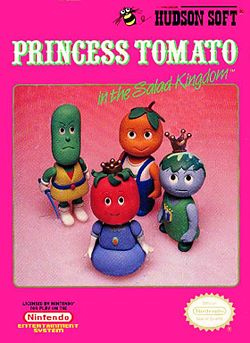 Why no one played it: The title. The cover art. The Farmies. Only one thing might?ve gotten the youth of 1991 interested in Princess Tomato, and that thing vanished after Hudson changed a store item called ?pot? in the prototype to ?vase? in the final version. 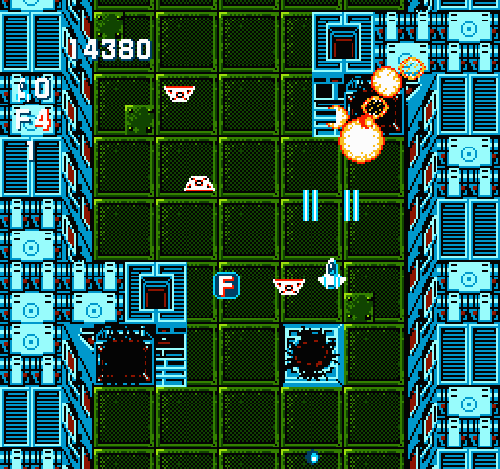 The game: There?s some war between a big-eyed human race and a fleet of space rabbits, but it all comes down to weaving a lone fighter through levels full of bullets and lots and lots of power-ups. That?s a big part of what makes Gun Nac so enjoyable; Shooters often portion out their upgrades and weapon icons in limited amounts, but Compile (the makers of our number one entry on this list) didn?t play by those rules. Gun Nac constantly throws out weapons, letting you experiment throughout the long and intriguingly designed stages. 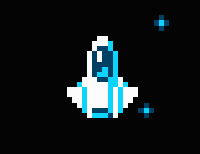 Why no one played it: Gun Nac was a sparsely advertised game with a dull title, but the real deal-killer was the player?s ship itself. Well-designed ships are often taken for granted in old-school shooters, and saving a star system in Gun Nac?s squat little fighter is the pixelly NES equivalent of driving a wart-colored Volkswagen to the prom. 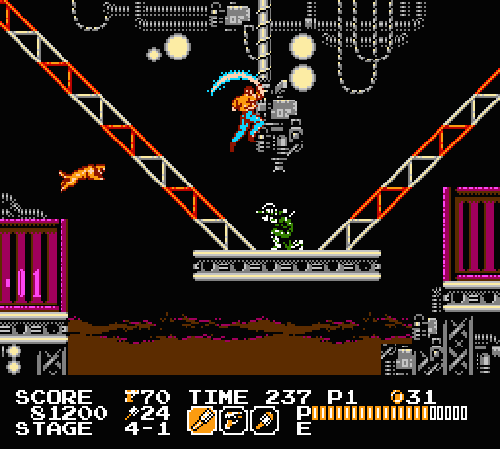 The game: Stubbornly refusing to explore any new genre, Vice: Project Doom instead mashes three existing ones together. Granted, most of the game is a side-scrolling, platforming-jumping affair where government agent Quinn Hart uses a .44 magnum, grenades and a laser whip to fight off bizarre enemies, but things occasionally break into driving levels straight out of Spy Hunter and first-person shooting galleries that, sadly, don?t use the NES light gun. But there?s no denying Vice?s challenging structure or the campy appeal of its cutscenes, which may include the gaming world?s first unwitting Evil Dead reference. 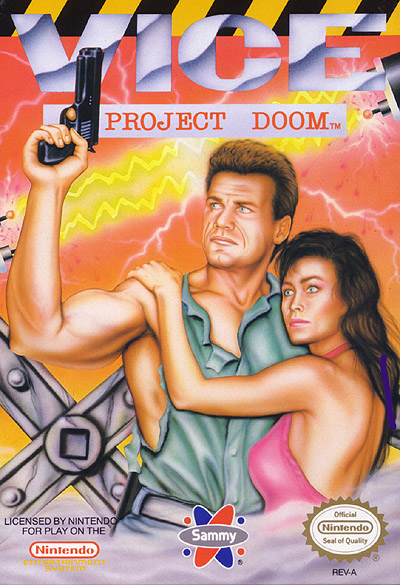 Why no one played it: Vice didn?t arrive until months after it was advertised. Even then, its unappealing box art, in which an airbrushed faux Sigourney Weaver hangs off an airbrushed faux Mel Gibson, made the game look even more generic. 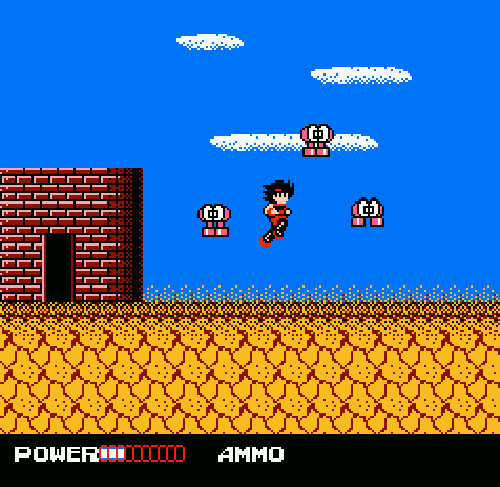 The game: Clash at Demonhead would be unremarkable if it played by the usual rules. It looks primitive and makes it far too easy to fall into pits. But when its big-mouthed anime-Rambo hero makes it past the first stage, a vast web of interconnected mountain passages opens up before him, and he?s free to explore them however he chooses. There?s an engaging variety of special powers to buy, a handful of bosses with names like ?Tom Guycot? and a fellow secret agent whose corpse actually decomposes in cartoony 8-bit style. 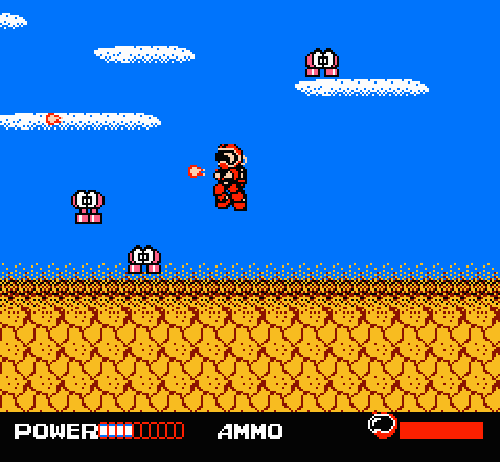 Why no one played it: The overall maze-like structure was likely daunting to kids used to games where running, jumping and sometimes shooting saw them through. That, and Demonhead?s characters and tone were openly anime-styled in a time when anime was gauche and frightening to many, long before kids willingly grew up eating Pok?mon and crapping Yu-Gi-Oh. 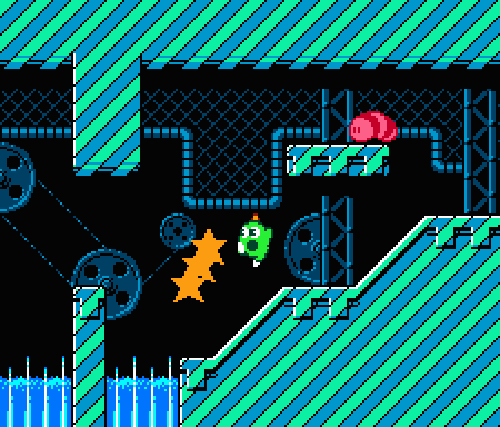 The game: There?s something priceless about a game full of cute little characters driving players to fits of controller-biting rage. That?s one important thing about Mr. Gimmick: it may star a tiny green stuffed animal/pet who sets out to save his owner by throwing blinking stars at fuzzball enemies, but it?s a merciless crotch-kick to the unsuspecting newcomer. It takes a while to master the game?s concept of tossing and riding stars and to get used to the unsympathetic controls, but it?s worth it.

Why no one played it: American kids had a perfectly good excuse for missing Mr. Gimmick. Along with Ufouria, another ace Sunsoft title, Mr. Gimmick was only released in Europe and Japan (where the ?Mr.? was dropped). Rumor has it that one of the programmers came down with a debilitating illness that indirectly held up both games, though far be it from us to repeat such tales here. 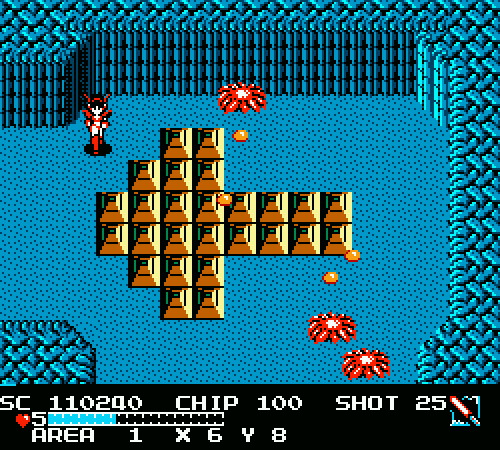 The game: To those who pick it up without any introduction at all, The Guardian Legend holds a pleasant surprise: you begin the game as a starfighter careening through an asteroid field and down the trenches of some hostile alien space fortress, but once you?ve destroyed the first boss, that starfighter transforms into a female android who sets out to explore a huge labyrinth. The Guardian Legend switches between mazelike worlds reminiscent of the Zelda games and shooting stages, and both venues are stocked full of power-ups and boss encounters. It?s a fantastic, well-paced game with surprisingly bleak tones: the only story you?ll encounter comes from the robot heroine, Alyssa, reading a message in which a lone survivor reveals that he/she/it is long, long dead. 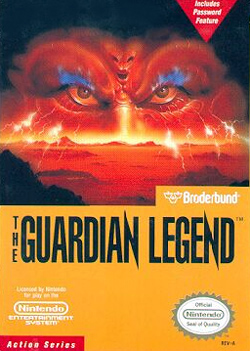 Why no one played it: Both the title and box art make The Guardian Legend sound like some bland IBM dungeon-crawler, and no kid wanted that when they could have Batman and Duck Tales and Contra on the NES. Also, Alyssa arrived in an age when other hard-ass NES heroines covered their shames with things like Samus Aran?s space armor and Princess Toadstool?s voluminous dress. Alyssa was a pioneer. And a robot. In a bikini. We think.