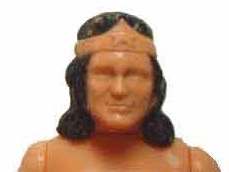 The ladies have had an uphill climb in the male dominated action figure world. Most toy execs believe that young boys hate girls, and thus similarly hate toys of girls. What they don’t realize is that 1) most toys are bought by nerds who desperately love girls in general (and boobs in specific) and would like to buy toys of girls (and their boobs) but 2) the reason those female action figures weren’t bought is because they were usually ugly as sin. Nowadays it’s gotten better, but for every new collector’s edition of the Baroness there’s been one female action figure that went horribly, terribly wrong. TR has grabbed our ugly stick and found nine not-so-lovely toy lady figures that make Zira from Planet of the Apes look downright hittable. 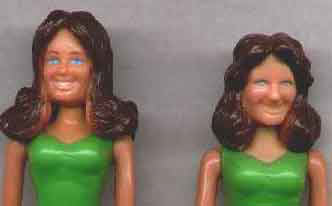 Daisy Duke and the shorts that shall forever bear her name sent a generation of young boys marching bravely into manhood. This Dukes of Hazzard action figure released in 1981 by Mego would sent those same boys into fits of sexual confusion followed quickly by repulsion. Looking more like the Duke’s inbred Cousin Stumpy from some lost episode, Mego would replace their first attempt with a prettier Daisy later, but boys just couldn?t erase the horrible image burned forever into their psyches. 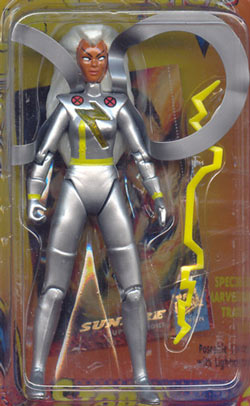 Storm controls the weather; it’s a shame she has less control over make-up. Admittedly, this Storm was part of Toy Biz’s first attempt at X-Men figures in the early ’90s, but this blocky figure is hardly tribute to the sultry-looking ex-street urchin-worshipped-as-a-god and current Mrs. Black Panther) Ororo Monroe. The features suggest that it was based on sketches by Cathy Guisewite rather than John Byrne; an “ACK!” sound chip would not have been out of place. 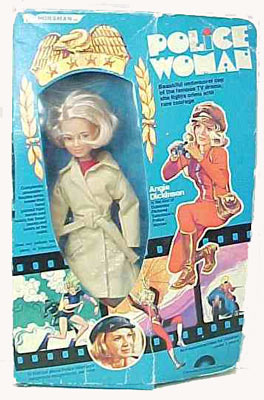 The formerly gorgeous Angie Dickinson was just south of 40 (and still smokin’ hot) when she signed on to play tough as nails police detective Sgt. Suzanne ?Pepper? Anderson in the ’70s crime drama. Horsman dolls seem to have doubled the equation. With its pushed-in features and clueless expression, you?d think this doll was about to yell ?Where?s my medication?? rather than ?Freeze, sucker!?

More than a decade after Mego had come and gone, Exclusive Premier sought to make a new, less hideous Daisy doll and failed even more miserably. The figure looks to be from some sort of parody of the series where Daisy is now played by funny (but not traditionally hot) SNL alum Rachel Dratch. 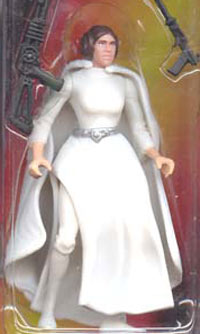 When Star Wars figures started reappearing in the mid-’90s from Hasbro, most collectors were too starved for Star Wars merchandise (yes, there once was a time) to care that most of the characters had obviously been using performance-enhancing drugs. The most noticeable being beloved nerd icon Princess Leia, whose face now looked like she?d been working towards a spot on the 1980 East German Olympic swim team, or perhaps was an ape shaved to look like Carrie Fisher (she was commonly called “Monkey-Face Leia” among collectors). Lucky for us, the newly christened Star Wars marketing machine would shortly crank out another 50 Princess Leia figures to choose from. 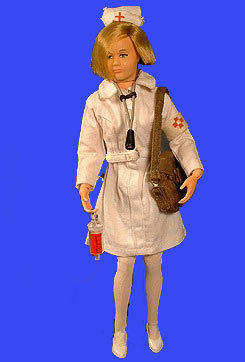 With its original 12-inch G.I. Joe line, Hasbro had broken a long running taboo and gotten boys to play with dolls in the ’60s, single handedly ushering in the age of the action figure. With that tradition conquered, it was time to cross into the enemy territory, the dreaded girl?s aisle! Hasbro banked that G.I. Nurse would have the girl?s playing alongside their brothers, taking care of the wounded. This might worked save for the fact that little girls tend to shy away from dolls that look like a hung-over Robert Mitchum in a dress. 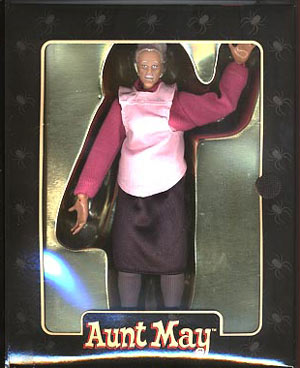 Comic fans are usually thankful when toy companies decide to create an action figure based on a supporting cast member. This is almost never the case with Aunt May, a character who is often the butt of Spider-fans jokes. When including the ancient wheatcake-maker in their 1997 Famous Covers series,Toy Biz didn?t help matters by giving the figure a frightening, Hellraiser-esque appearance complete with over-sized man-hands. It’s a much better figure if you pretend it’s Spidey?s old foe the Chameleon disguised as Aunt May, hoping to lure him in with wheatcakes before he makes his move.

Ever wondered what Alan Alda would look like as a cross-dressing hippie? Well, now you know. I’m not sure what Mego had in mind when they released this figure in 1975, but the head sculpt is clearly a man?there’s just no way anyone could pretend that face was a woman’s. Somebody at DC must have been ticked (or grossed out), because Mego quickly corrected the figure with the much cuter version on the left. Most interestingly, nobody seemed to care that both figures had removable tops. 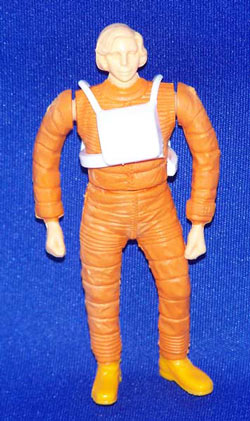 Mattel tried hard with their line of 3 1/2-inch figures based on the mid-’70s science fiction series Space: 1999. In the case of poor, homely Dr. Russel, the trouble was that she had an unpainted, disproportionate head, along with abnormally elongated arms and a man?s body, recycled from another male character in the line. And none of the amazing technology they had in far-distant 1999 could help her innate hideousness.