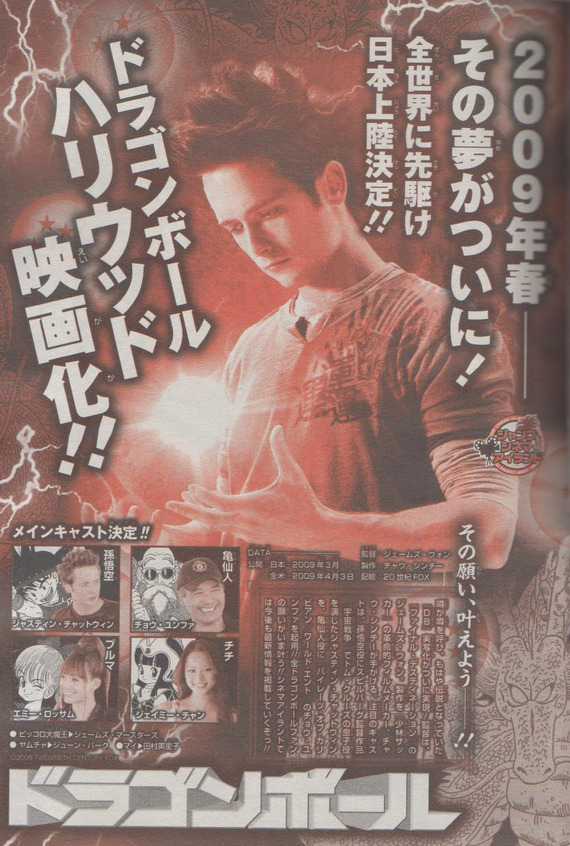 …and back to the irksome movie news. Here’s the first pic of Justin Chatwin as Goku in the live-action Dragonball movie, courtesy of the Japanese Shonen Jump. Besides his overmoussed hair and American Eagle clothes and dull expression and the fact that none of the actors in this thing look at all like Akira Toriyama’s original manga, I guess it’s okay. Except for all that. Here’s a translation of the Japanese text, courtesy of DB the Movie:

All Dragonball fan?s wish are granted now ! We will continue to offer new information to you on Jump Cinema Island !

And the Chinese character on the Goku?s T-shirts is ?Un?(means luck, fate, fortune)

I don’t think I’m wrong in thinking this movie will need all the luck/fate/fortune it can get.