Menu
Home
>
Movies
>
Fraggle Rock Out with Your Fraggle Cock Out 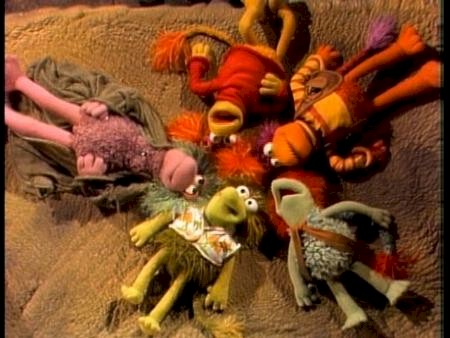 I hold a great deal of love in my heart for the Muppets, but I cannot say the same for Fraggle Rock. For some reason, a show about an entire colony of mis-shapen creatures living in the crawl spaces of and underneath buildings did not appeal to me; I think I thought they would mistake me for being friendly and/or happy to see them, and they would drag me against my will to their underground lair when in fact I hated and feared them (I felt the same way about E.T., actually. I was a very frightened child). Also, I’m still pretty sure Doozer Sticks and Crystal Meth are the same thing.

At any rate, the Fraggles are coming back, as the Devil?through his minions the Weinsteins?has ordered the creation of a Fraggle Rock musical/movie. Sez Variety:

Cory Edwards, who directed the animated “Hoodwinked!” for TWC, will helm the picture and write the screenplay. The Jim Henson Co. will produce and TWC will distribute.

Sez me: Bleagh. But it does remind me that I need to set some rat traps in my basement.