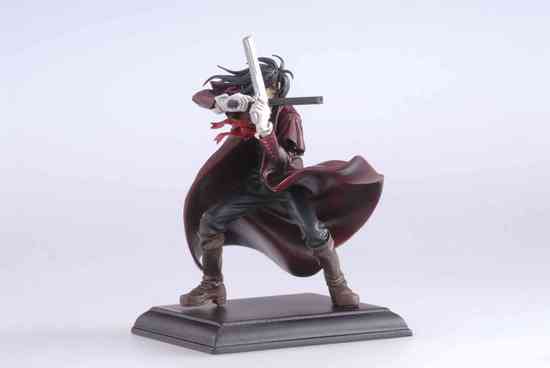 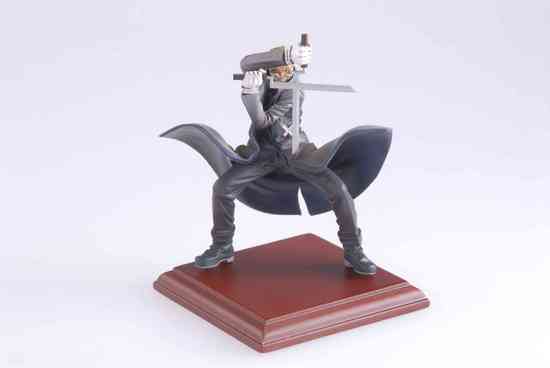 Since Hellsing is still one of the most popular anime in the U.S.?after only a 13 episode series from 5+ years ago and a new OVA series that only barely got released before Geneon bought it?I’m surprised there’s not been more Hellsing product being made. Organic Hobby’s doing their part with this clunkily named Hellsing Collection Figure ? Search & Destroy (Vol. 2) Reverse Cross (Arucard) and Bayonet (Anderson) two-figure set for $25. The 5-inch figures are due out in July, so you’ll almost certainly be able to get this before a new volume of Hellsing Ultimate makes it over.