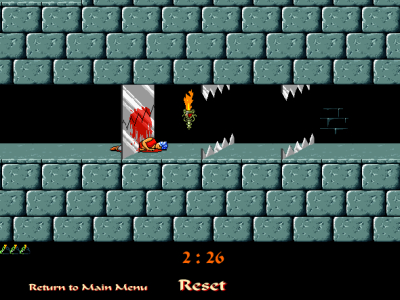 ? Jake Gyllenhall has officially signed on to the play the Prince of Persia in the Jerry Bruckheimer-produced movie based on the Sands of Time. This means two good things: 1) we won’t have to see Gyllenhall in eyeliner as the Nine Inch Nails-version of the Prince from the two goofy-ass, gothed-out game sequels, and 2) we might get to see Gyllenhall die horrifically by falling off ledges, running into a wall of spikes, being cut to pieces…only to use the Sands of Time to rewind time and try it again. I have nothing against Gyllenhall, but watching a movie where the hero dies constantly sounds awesome. (Via Entertainment Weekly)

? Someone’s going to remake the original Highlander movie. I hope it focuses yet another new MacLeod, but I can’t get enough of those guys. I also hope that MacLeod becomes the final Immortal in the movie, and they still make half a dozen ill-conceived sequels. It worked out so fabulously before. (Via IESB)

? Crystal Sky Pictures did some kind of deal, which is only noteworthy because apparently it involves making a film based on Pac-Man. Anyone who had ever thought this was not a terrible idea should punch themselves in the crotch and just never stop. The fact that these jackasses are also making the Castlevania movie and have the rights to a Hard Boiled sequel makes me incredibly sad. (Via Variety)