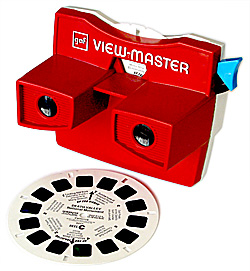 Long before Betamax came and transformed the entertainment world, kids had only one choice to enjoy their favorite movies and TV shows off the screen?the Viewmaster. These plastic doohickeys had the awesome benefit of showing pictures in 3-D, but had the drawback of only being able to show about a dozen pictures per slide. It was certainly crude and low-tech, but you have to remember there was no internet and video games comprised entirely of one ball and two squiggly lines. At their best, Viewmasters were highly innovative and wonderful, at their worst, they are great fodder for a list. We’ve decided to showcase the Viewmaster’s five highest highs and lowest lows. 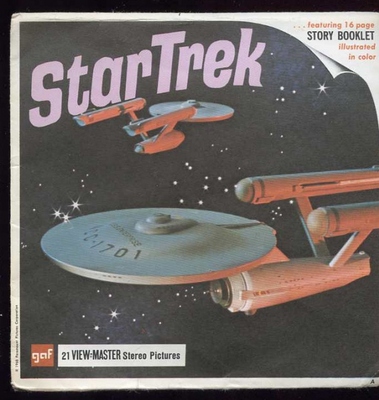 Sure, classic Star Trek does indeed rock; all TR readers can agree. Unfortunately, this Viewmaster slide chose to solely feature the ho-hum episode ?The Omega Glory,” one of classic Trek’s many “parables about Earth history set on an alien planet? yarns. This one is a thinly disguised bit about the cold war where Kirk saves the day by reciting the pledge of allegiance (seriously), which makes for a mind-numbingly dull 3-D experience. Sure it?s slightly better than the gangster episode, but not as good as the Nazi or Roman one; when you think of all the visually exciting Trek episodes that were far more deserving, it?s easy William Shatner reciting the pledge of allegiance in 3-D made this list. 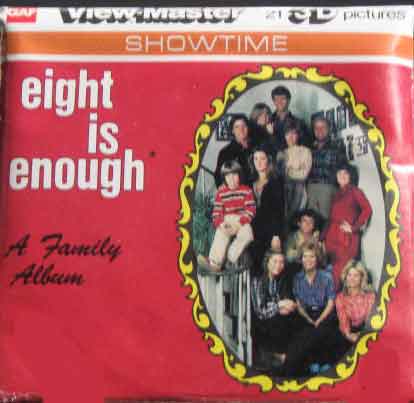 Some things should never be seen in 3-D, and at the top of that list is Eight Is Enough “star” Dick Van Patten. This schmaltzy ’70s TV hit about an obese man and his eight children was the Viewmaster slide no child wanted, and a quick way to ruin an entire Christmas morning. 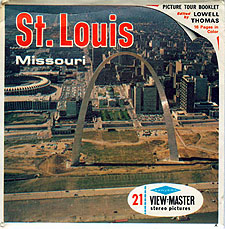 No offense to the good people of St. Louis, but your city is no Carlsbad Caverns. Giving these reels to children as a reminder of where they vacationed the previous summer is not unlike a T-shirt that says ?My Dad?s a Frugal Bastard.? 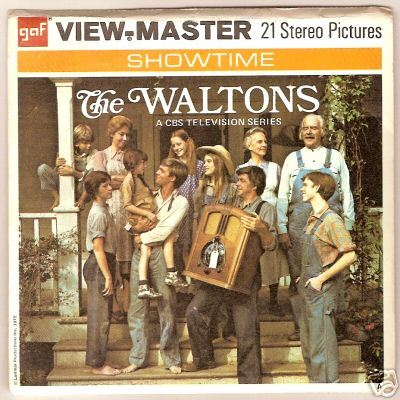 Never seen The Waltons? It was like Eight is Enough without even the meager comedy and plus an added gut punch of a moral message each week. The Waltons chronicled the seven depressing children of the Walton clan, humble mountain folk who struggled to make ends meet during the Great Depression. If you think this might be depressing to watch, it’s even more depressing when seen via static slides in 3-D. While the Waltons made their viewers feel good about their own lives (at least the ones who had shoes) the adventures of good, clean, church-going poor folks is shockingly not as cool as Batman. 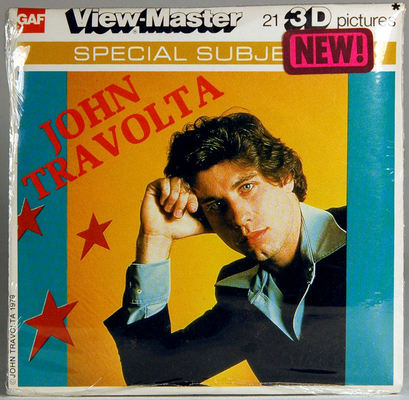 Let’s make this clear?this Viewmaster slide was not about Welcome Back, Kotter, Saturday Night Fever or anything starring John Travolta. It was simply about John Travolta. Watch John Travolta as he works out! Relaxes! Dances in a disco mood! Says goodbye to male friends in odd ways on airport gangplanks! Well, maybe not the last one, but as much as the copy on the back tries to church this up, it?s still just a phoned in thrown together pile of promotional shots of Travolta when he was thin and before he tanked his career for the first (or third) time. Even Battlefield Earth would be more entertaining than this. 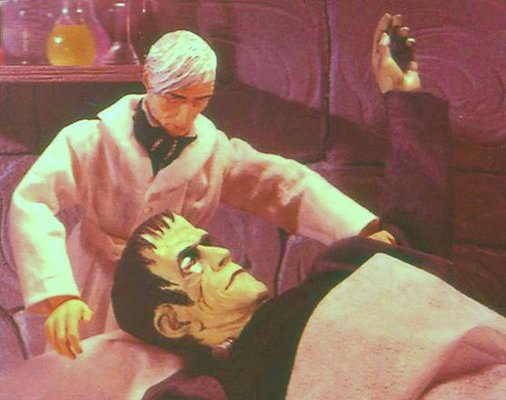 Instead of using cartoons or old black and white stills, GAF (the people that made Viewmasters) made the big effort of creating puppets and breath taking dioramas to tell this classic monster story. Although it looks kind of like Robot Chicken, it’s still awesomely entertaining, and since the Viewmaster folks themselves staged the shots, the 3-D is awesome. Puppets good but fire is still quite bad. 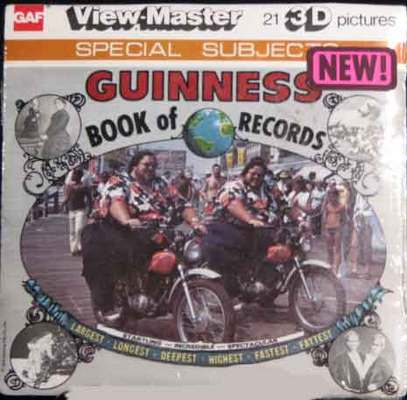 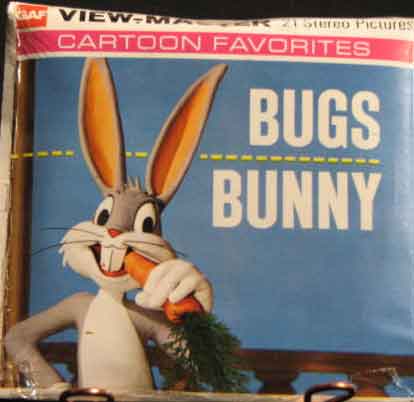 Instead of phoning in animation cels, GAF created 3-D clay models of Bugs and crew, and like Frankenstein, takes full use of the 3-D to basically make the awesomest Lnney Tunes cartoon you never saw. It?s like looking at Caveman versions of CGI and/or the worst stop-motion you?ve ever seen. 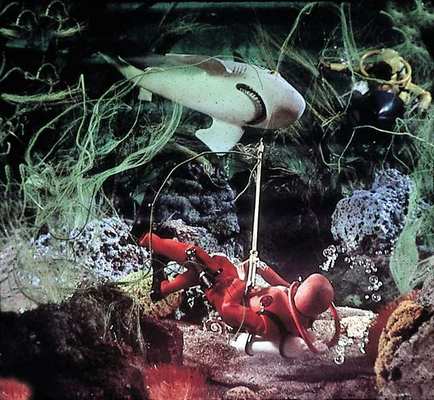 The ludicrously awesome dioramas in these reels will make you want every 12-inch G.I. Joe toy ever made. Each adventure features Joe in fantastic situations and manages to crowbar in almost every Adventure Team accessory along the way. Had Hasbro issued a free one of these Viemaster slides to every boy living in 1975, sales would have gone apeshit and Hasbro would probably be ruling the entire planet with their Kung-Fu grip. 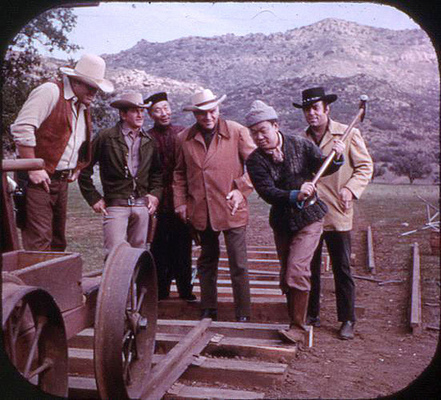 Bonanza was a better than average Western series from the time when cowboys ruled the airwaves (i.e., the 1960s) but that?s not why this Viewmaster slide is so special. It?s all in the scene above?not the unappreciated Chinese immigrant helping build the railroad, but the fact that entire cast is secretly giving the viewing kid the finger. Lorne Green and his many sons (who seem five years younger than Green himself) told American children everywhere to fuck off, and it brings a tear to our eyes.