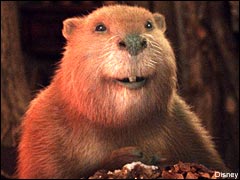 There?s no doubting the fact that The Chronicles of Narnia franchise has millions of fans. A boatload of people have read the gigantic book series, and Disney?s ambitious live-action version of the apparently beloved first book The Lion, The Witch, and The Wardrobe made an obscene amount of money worldwide, and sometimes people even buy the merchandise.

But the unspoken truth that any nerd knows is that the world of Narnia is incredibly, unbelievably lame. Compared to virtually any other fantasy franchise, Narnia feels like an afternoon at Grandma?s house rather than an action-packed adventure with elves and dragons and all that crap. Your friend?s badly-written Dungeons & Dragons campaign is cooler and more interesting than anything Narnia has to offer. Here are the six best reasons why.

6) Santa Claus Is a Weapons Dealer 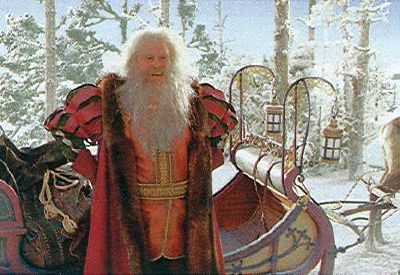 About halfway through the first Narnia movie, ?Father Christmas? shows up and offers the Pevensie kids a bunch of symbolic weapons, including a bow and a sword. That?s right, motherfucking Santa Claus shows up for no reason at all and hands out weaponry to the Pevensie kids.

The odd thing about this is that normally people would call this out as a stupid tacked-on addition that Hollywood demanded in order to market the movie to a broader audience during the Christmas season, but no, this is actually in the original novel. It?s not like some generic Disney executive said ?You know what this movie needs?! FUCKING SANTA CLAUS!? after snorting a line of cocaine and murdering a homeless person for sport.

5) The “Heroes” Are Four Boring Kids 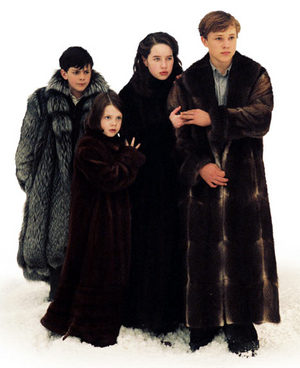 Fantasy heroes are usually big wrestler dudes in furry underwear with giant swords or women with impossible curves wearing hilarious chain mail bikinis. Sure, sometimes you get a few wusses on the team?the Hobbits in Lord of the Rings, for example, were at least balanced out by having five badasses help them out. The heroes of the Narnia franchise are four incredibly boring British kids with two-dimensional, terminally uninteresting personalities. They don?t ever seem to crack wise or do much of anything besides drift through the story with a generic sense of purpose and the occasional transgression. Plus, their last name is Pevensie?how bad-ass could anyone with the last name of Pevensie possible become? At least Harry Potter grew into an angsty teen who lashed out occasionally; these kids seem comatose.

4) Aslan Is a Jesus Lion 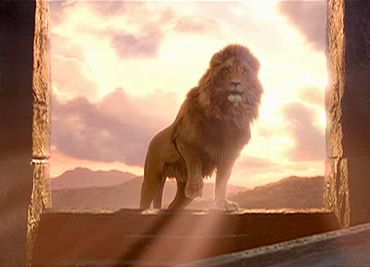 Everyone knows Aslan is supposed to be Jesus. He gets murdered by the White Witch (the only remotely cool character Narnia has to offer, incidentally) in the first book and then comes back magically at the end. Almost everything out of his mouth is some kind of platitude or speech about courage and pride. We?ve only seen glimpses of how ridiculous Aslan?s Jesus metaphor becomes in the films so far, but the real question is this: how will Disney handle Aslan returning yet again as an entirely transparent God figure in the final film and punishing everyone who wasn?t completely loyal to him to Hell (including the bad guys who at that point are an obvious and embarrassing metaphor for Muslims)? To make matters worse, they hired Liam Neeson to voice Aslan and didn?t bother modulating his performance or asking him to sound a little gruff, so most of Aslan?s dialogue sounds like Liam Neeson is reading you Bible stories before bed. Basically, Aslan turns an already dull fantasy story into an episode of Davey and Goliath.

3) Narnia?s Got a Total Cop-Out for a Time Zone 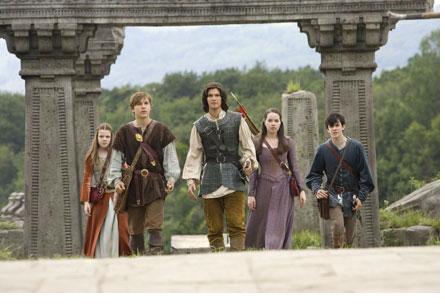 According to the books, one year on Earth equals a few hundred years in Narnia. What this means is that every time the goddamned Pevensie kids leave Narnia, even after becoming aristocratic, battle-hardened adults who managed to fight off an invading army of goat people and angry bears, when they return to London to snack on crumpets and talk about the train schedule, they?re all stupid little kids again. Never mind the fact that they never seem to retain any of the knowledge they gained in their many years dealing with Narnia?s endless cultural problems. It?s the ultimate Deus Ex Machina. People laud C.S. Lewis for his epic fantasy saga but ultimately he came up with a cheap plot device that made it so this shit never had to end.

2) It’s All About Beavers Versus Goats

One of the biggest problems with the Narnia franchise is that it?s so easy to compare it to other fantasy series, and using that metric, it?s a little difficult to be impressed by what Narnia has to offer. Case in point: the climactic battle against Tilda Swinton in The Lion, The Witch, and The Wardrobe was mostly about a bunch of adorable talking woodland creatures in pint-sized armor fighting a bunch of other woodland creatures. After seeing the Lord of the Rings trilogy, or even something like 300, it?s difficult to be impressed by a bunch of beavers throwing rocks at goats. They have Centaurs and Minotaurs, but those are apparently supposed to be the centerpieces of the ?beast army.” We?ve seen dudes with horse butts countless times before. Lord of the Rings at least had a bunch of crazy-looking dragon worm things and a ton of awesome monsters; the best Narnia can do is a guy with a bull for a head and a talking lion.

1) All the Jesus Stuff

Ultimately, Narnia really is the Christian Rock version of fantasy. Yeah, the album cover might look cool, and the video might be okay, but when you find out the entire thing is all about Jesus, it kinda ruins it. You?re no longer being entertained, you?re sitting through a sermon. When you see ?group sales information? at the end of a trailer, which was liberally applied to The Lion, the Witch and the Wardrobe and is currently being used to push mass ticket sales for Prince Caspian, that means they?re selling tickets to church groups (they also do this for wacky Christian ?documentaries? that get released every now and then, and that really tells you something). What self-respecting fantasy series relies on group church sales to become a hit?