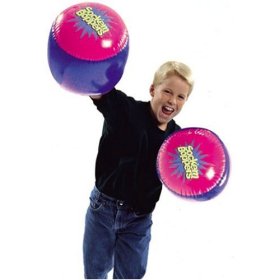 It’s a tale as old as time. As a child, there are toys you love more than life itself. Chances are, these toys make noises, messes, can be destroyed in many spectacular ways, all of which irritated your parents to no end. Then you grow up. You put away your childhood toys (and get better, more expensive versions of those toys, and you call yourself a collector). You get a job. Meet a boy or girl. Get married. Have kids. And those kids want the same damn toys, except now you hate them too, just like your parents did. Welcome to the eight toys that will forever delight children and annoy adults. 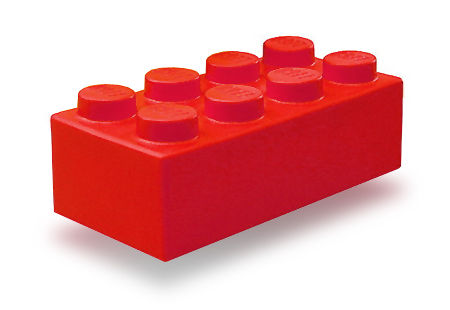 Legos are wonderful, mind-expanding toys that have thousands of play possibilities, and let a child make the most of his/her imagination. They build creativity, fine motor skills and are a great alternative ti TV and videogames. Try to keep reminding yourself of all that when you step on a piece on a midnight run to the bathroom. As you try to pry the plastic out of your foot, you?ll swear they sharpen those corners in Denmark. 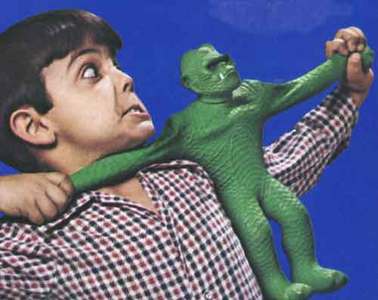 Stretch dolls?best epitomized by Stretch Armstrong, although they show up on toy shelves every few years or so?are always popular toys, likely because children love torturing things, and better a stretchy, rubbery action figure whose arms and legs can be pulled ten times their normal length than the kid next door. The only problem with them is the mystery of ?what?s inside? overpowers about 50% of kids who own one. The result is a massive corn syrup stain on the furniture, family pet and ceiling, a crying child and an expensive leaking toy on the new carpet.

Socker Boppers are large inflatable boxing gloves which encourage kids to wail on each other; the most recent example is Hasbro’s Hulk Hands, which work as gloves and makes loud noises with every impact. As funny as it is for childless people to see small children beatig the living shit out of each other, the parent always realizes that it’s going to end in a crying, screaming child. Especially if the parents strap a set on themselves. 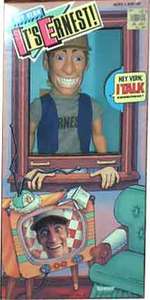 Kids tend to have a high tolerance for repetitive things, which adults usually don’t. This is why kids universally love any talking doll whether it be Elmo, Barbie, G.I. Joe or anything with three quotes that can be made over and over again. If talking dolls seem innocuous to you, you’ve obviously never taken a long car ride with a child and his/her talking doll. It?s like having an additional, louder, dumber child in the car with you. Unless you’re the type of person who actually likes singing “99 Bottles of Beer on the Wall,” talking dolls are clear proof of the Devil’s work in this world. 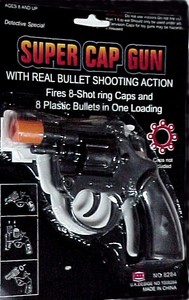 If you child has a cap gun, he/she will at one point shoot you in the ear with it. Even Ted Nugent would take these away from his children. 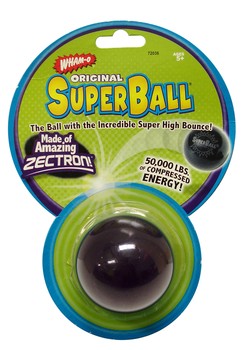 The eternal treasure for getting through a doctor’s or dentist appointment, Super Balls are like heroin for children. No kid can get his hands on one of these and not throw it as hard as he can. If you’re lucky, it’ll be outside, where the ball will rise 50 feet into the air and your child will never find it again. If you’re unlucky, it’ll be inside, where it will bounce off a lamp (knocking it over), a photo (breaking the glass), another child’s head (resulting in crying and a possibly a missing eye), and more. The tragedy is even as an adult, despite the damage and eventual anger, you?ll still have to admit it was pretty cool. 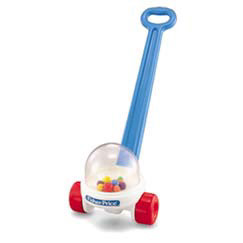 One of the longest running toys in the Fisher Price staple, the Fisher Price Corn Popper is also the item that nobody actually buys for their own children, but children are always given. Often it’s your own parents who give them to their grandchildren, as payback for you playing with it as a kid. Besides being totally indestructible, the non-stop popping noise fascinates children endlessly and is like water torture that will eventually break your spirit, reducing you to a sobbing child yourself, praying for silence that will never come. Rumor abounds of a shipment of these sent to Guantanamo Bay. 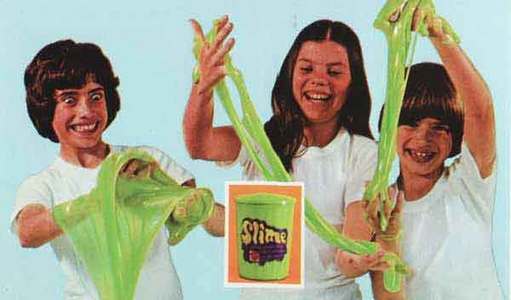 It was green, sticky, had an odd smell and served absolutely no purpose. Frankly, it looked like a jar of boogers, so naturally, we as kids had to have it. Whether the Slime was produced as its own toy or was part of a He-Man or Harry Potter toyline, it’s always been the same putrid stuff, and kids have always done the same thing with it?smeared it on furniture, carpets, the pet, a younger sibling, in the DVD player, or some other place that ensured total destruction-by-booger. If you are an adult who bought your child slime, you are an idiot. Just say no.