Menu
Home
>
Anime
>
Welcome to the DC Mangaverse That Wasn’t 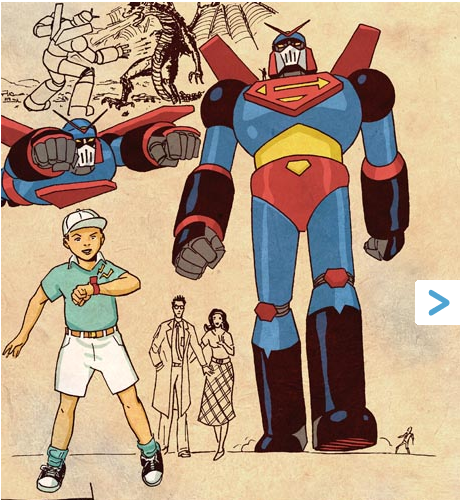 Alert and full-bearded TR reader Justin passed me this link to Cliff Chiang’s website, where the DC artist has revealed some sketches of manga-inspired DC superheroes from 1998 or so. Basically, his take was that Japan decided to make its own Justice League-inspired superteam, which included a Gatchaman-esque Batman and Robin, a Speed Racer-car-driving Flash, a giant Superman robot remote controlled by a small Japanese boy (as is standard), a Leiji Matsumoto-ized Wonder Woman, a Kamen Rider-style Aquaman, and last but not least, a Green Lantern who may or not be inspired by Space Adventure Cobra. All very old school anime, and all pretty cool?see more drawings here. Of course, it wouldn’t have sold for shit in 1998, just like Marvel’s Mangaverse sold for shit in 1999. But still cool.