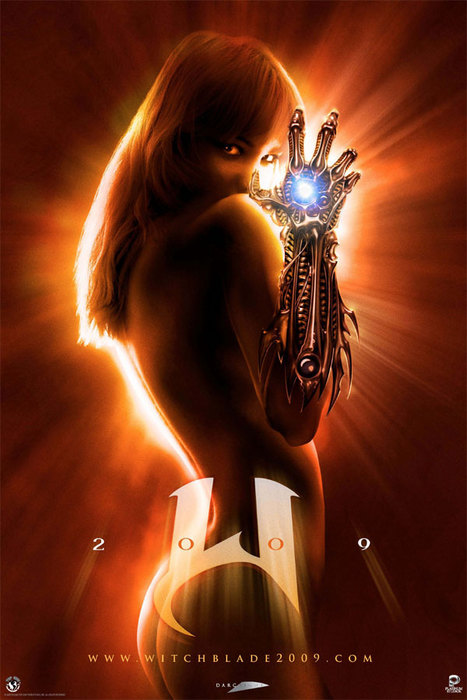 Please don’t be confused by this Witchblade movie poster. No one’s been cast in the live-action version of the Top Cow comic, and as far as I know, there’s no script or production date or anything. So I have no idea why there’s a teaser poster out now. However, it does quickly and efficiently showcase Witchblade‘s main ideas of a mystical gauntlet and ladies presenting their taut, bare asses to viewers.