As I’ve discussed and most anime fans know, the U.S. anime industry is pretty well screwed, with the clearest evidence being Geneon Entertainment’s apparent death last year (although ADV also appears to be mortally wounded). So I’m totally scratching my head over the news that someone got the rights to make more Samurai Champloo figures…from Geneon.

I knew there were still a few people employed over at Geneon USA (including a couple of buddies), but I have absolutely no idea what they could possibly be doing with their time. They don’t produce DVDs any more. Which also raises the question how a company can be unable to make anime DVDs, but still grant merchandising rights. I am totally, utterly baffled. 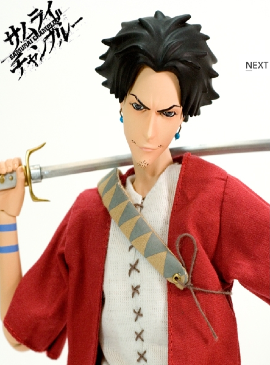 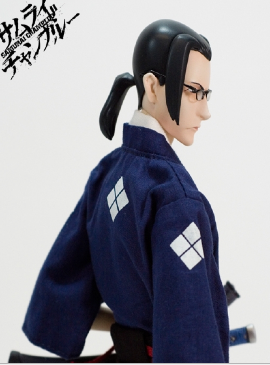 At any rate, these 12-inch figures of Mugen and Jin are made by Triad Toys, who I’ve never heard of, but who seem to have experience making toys (a large improvement over Jazwares, who got the license to make fucking horrible 7-inch Champloo figures from Geneon, without ever having produced a toy, as I recall). They look pretty good; they each have 35 joints, real cloth clothes, and actual metal weapons, which is cool. They’ll cost $120 when they’re released in December, but if you’re a Champloo fan, this is likely as good as it’s going to get. (Via Action Figure Insider)