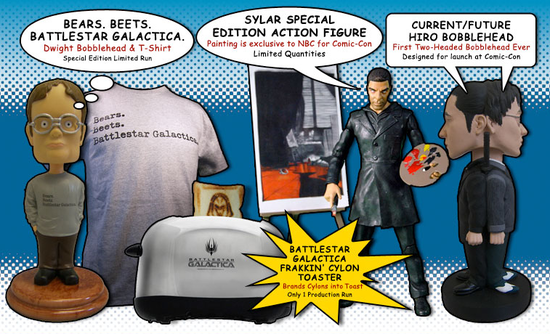 Ignore the other shit on this ad of things NBC is selling at SDCC (and on the NBC.com store starting July 18) and concentrate solely on the Battlestar Galactica Cylon toaster, which does indeed burn an image of everyone’s favorite genocidal robots right on your toast It’s a part of a delicious breakfast for humans and skinjobs alike! There’s no word on the price, but somehow, I doubt that’s going to matter that much to BSG toast enthusiasts. (Via Wired)