Menu
Home
>
Comics
>
Breaking: Incredibly, the Incredible Hulk Does Not Seem to Suck 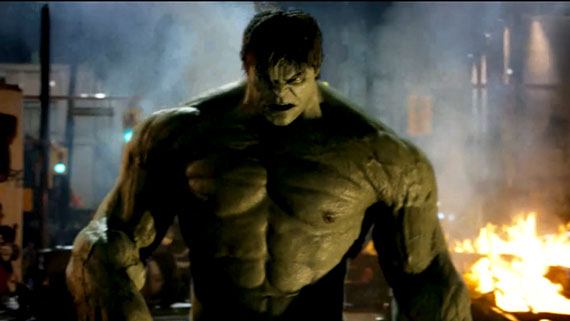 Between the awesomeness of the Iron Man movie and spectacularly lackluster trailer, most nerds had written off The Incredible Hulk movie quite a while ago. Well, I’m actually kind of surprised to report that, despite all odds, it appears the movie isn’t terrible. The film is hovering around a 67% rating on Rotten Tomatoes (well, it’s more than half), and regular TR contributer and muttonchop enthusiast Zach Oat speaks highly of the flick over at Television Without Pity:

With The Incredible Hulk, Leterrier has created a movie on a par with Jon Favreau’s Iron Man, one that’s only comparable to the last Hulk movie in that the two are nothing alike. Leterrier’s movie is not only action-packed, with Hulk fighting Brazilian street thugs, Humvees, a super-powered Tim Roth and the Abomination, it’s also funny and emotional, thanks to an amazing group of actors, as opposed to Lee’s mismatched cast of quirky oddballs. Even the massive Hulk is slightly more realistic than Lee’s, especially in the way he moves and fights and doesn’t look like Gumby.

So if you were on the fence or had already given up on the green guy, you might want to check it out. I’m going to. Then I’ll write a lengthy essay why everyone is wrong and the movie sucks on Monday (hey, it’s what I do).