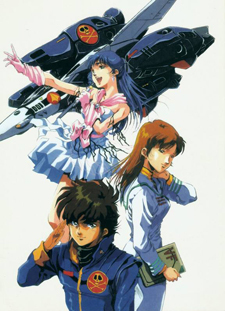 File under news I did not expect today: old-timey screenwriter Lawrence Kasdan, who engendered an infinite amount of geek goodwill for writing both The Empire Strikes Back and Return of the Jedi (the only two scripts which outweigh the horror of having written Dreamcatcher) will now write a script for the live-action Robotech movie. I think that’s a good deal; Kasdan is an old-school screenwriter, which I think should suit Robotech well.

But I warn you, Kasdan?I will not tolerate any fucking around with my beloved Robotech. Some people freaked out about organic webshooters, some people didn’t like Superman having a kid, and I am the guy who will write incredibly mean, terrible things about you if you screw around with my beloved Robotech. Specifically (and you Wizard guys and readers of Anime Insider can just stop reading, since I’ve written this about 100 times before) the love story, which is what makes the Macross portion of Robotech, and thus Robotech (’cause let’s face facts, you aren’t gonna film Southern Cross) so great.

Frankly, Macross is the greatest love story ever told (Lolita is #2). Specifically: Lisa Hayes, the captain of the most powerful spaceship in the Universe, is so infatuated with pilot Rick Hunter she washes his underwear, while Rick chases after 15-year-old Chinese tease and pop star Lynn Minmei, who pines after her cousin Lynn Kyle, who angril throws empty gin bottles at Minmei. Oh, and Kyle is the spitting image of Lisa’s dead fianc?.