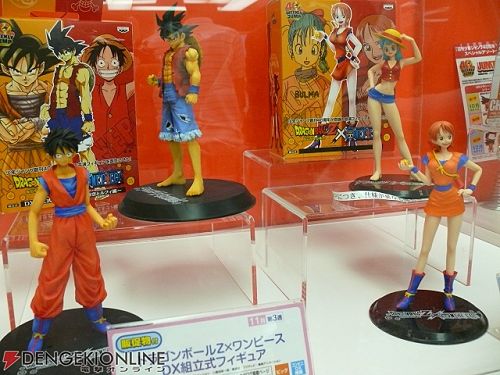 In 2006, One Piece manga-ka Eiichiro Oda and his hero, DBZ manga-ka Akira toriyama, made a short manga together called Cross Epoch, which was kind of lame but did star the joint casts of DBZ and One Piece together and thus inspired the highest degree of fan wankery. Now Arlong Park has pics of Cross Epoch figures, which are really just Goku and Bulma in Luffy’s vest and straw hat, and Luffy and Nami in Goku’s gi. 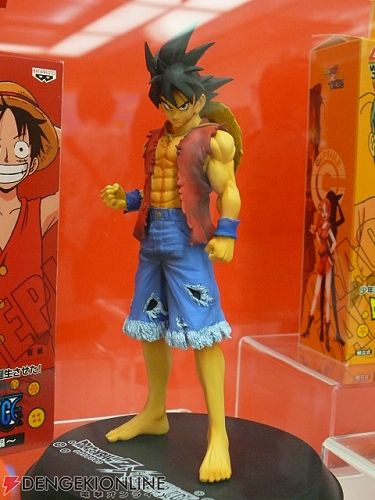 I think Luffy’s outfit is more flattering on Goku, personally. The boys will be released in November, and the girls will arrive in December.