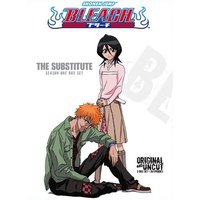 ? Jumper
Yes, this is the biggest release of the day. Kind of underwhelming, isn’t it?

? The Boondocks Second Season
Including two episodes that never made it to Adult Swim.

? Naruto Uncut Box Set Vol. 8
Enjoy these episodes while you can until the terrible filler episodes start hitting DVD.

? Bleach Uncut Box Set Vol. 1
Huh. I didn’t know this was coming out. It’s the same deal as the uncut Naruto DVDs, so I imagine it’ll do all right for itself.

? Fantastic Four: World’s Greatest Heroes Season 1
The cartoon that tried to ride the “success” of the movies. I have no recollection of this ever being shown on TV.

? Tekwar
Yes, the TV show based on the books by William Shatner on 3 DVDs. But it doesn’t include the Tekwar TV movies, in case you wanted to know.