Toys R Evil just made me release several liquids simultaneously in my pants by showing off Hot Toys’ new 1/6th-scale movie Iron Man above (with interchangeable Robert Downey Jr. head) and this 1/6th scale Batpod from the Dark Knight below. One assumes that the Christian Bale head next to it means the world’s finest Dark Knight figure will also eventually be made by Hot Toys, and cost a great deal of money and be hard to import. 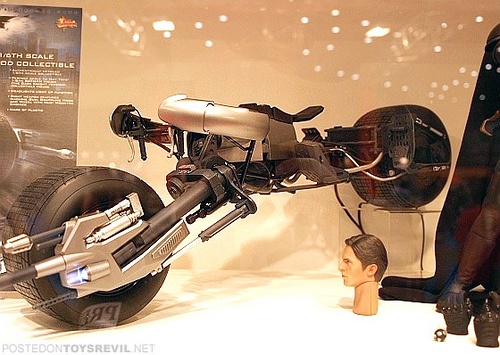 The figure and vehicle are on display at the Tokyo Toy Show, and you should head over to Toys R Evil for many more luscious pics. I’ll be back after I clean myself up.