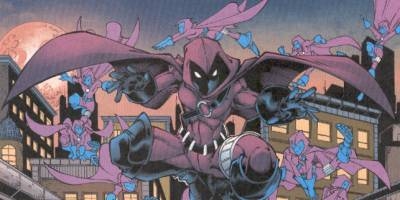 Any I’m not talking about the wee heroine who was recently retconned from the grave to incite Robin’s young lust, the picture above to the contrary. No, I was reading the always impeccable WWTDD, and discovered this rather large possible Dark Knight spoiler that I can’t believe I hadn’t heard before, although you guys may have, and if so, and you didn’t tell me, I hate you. You have been warned. Learn after the jump! 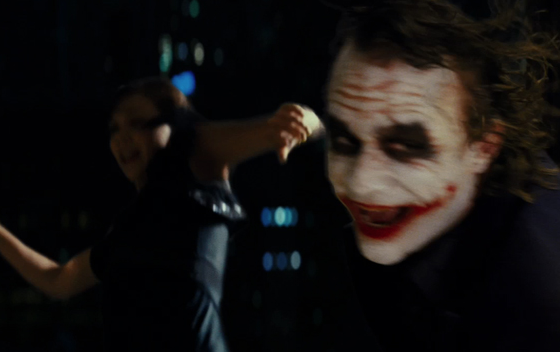 So apparently the Joker kills Rachel Dawes, seemingly by dropping her off a big-ass building. I cannot tell you how down I am with this. First of all, it very much sets up these new Batman films as darker n’ grittier than the previous wave, since almost all the female leads were dropped off buildings by the villains and saved by Batman. Second of all, I think it’s a great building block in Batman’s development to full-fledged crime-fighting psychopath with no time for the ladies; if the one person who kept telling him to fight within the system is offed, that’s a great reason for Batman to fully dedicate himself to being a vigilante (and yes, I fully admit this is Women in Refrigerators syndrome). Third, now they don’t have to shoehorn her character into the third film, and it also by-passes any future Katie Holmes-like shenanigans, whatever those might be.

But last and most importantly to me, is that I think Batman romances are all absolutely fucking terrible. I hate them. I find it insane that this character?who’s so obsessed/crazy as to dress up like a bat to avenge his parents death?can’t keep his underpants up whenever a Catwoman or a Talia Al Ghul or a Vicki Vale wanders around. I think you can make a case for an attraction to Catwoman, but I still think the character of Batman should have the willpower to not fuck her. And don’t even get me started on Nicole Kidman and Elle MacPherson.

There is one exception for me?Mask of the Phantasm. In my opinion, it’s the only Batman relationship that ever rang true. It’s early in Batman’s career, he meets a cool girl, and he suddenly starts to wonder if maybe he should just be a regular person and have a regular relationship and a regular life rather than dress like a bat and do all that vengeance shit. Hell, he even goes to his parents’ grave and asks for a sign about what he should do. And then the girl leaves, the decision is taken out of his hands?which implies he would have chosen the girl, like any half-way sane person would do?and he rededicates himself to fighting crime, with zero time for the ladies.

If Dawes does die, I can see them using the Dark Knight using it in much the same way, which I give a big thumbs up. Of course, this’ll make the eventual news that Jessica Simpson will play the love interest in Batman 3 even more devastating.