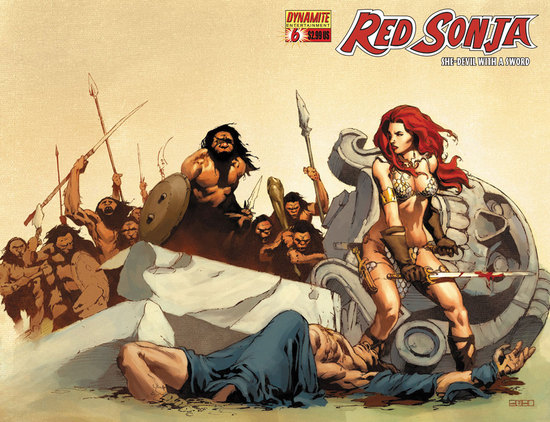 I know that the old Red Sonja movie with Brigitte Nielsen is a cult classic, but let’s face it?no one set the bar very high on that flick in any level, including sexiness. So now that there’s an announcement that Robert Rodriguez of Grindhouse and Sin City will produce a new Sonja flick starring his favorite fuck-doll Rose McGowan (according to USA Today) is cool, but they honestly aren’t going to have to try very hard to trump the original. I know it’s very hard for Rodriguez to make a film without McGowan (having her on set makes their constant sex breaks far more convenient), but McGowan doesn’t much scream “badass” to me, nor was I much impressed with her in Grindhouse. I suppose if she wears a chain mail bikini and beheads a few dudes, she’ll have Nielsen beat, at least. (Via MovieWeb)