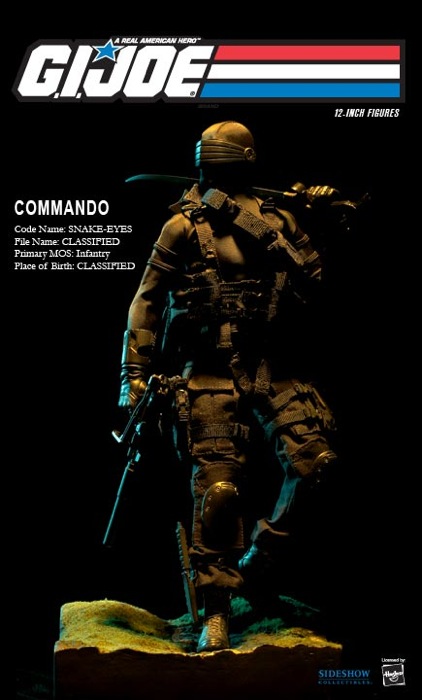 We got teased a little while ago with a dark pic of Sideshow Toys’ first 12-inch G.I. Joe figure, but here’s the full thing. Two words: Bad and Ass. There’s even a damn video for the toy! Remember, Snake Eyes will likely be arriving in fall, run about $80, and if he gets radiation poisoning, he can be cured with soup.