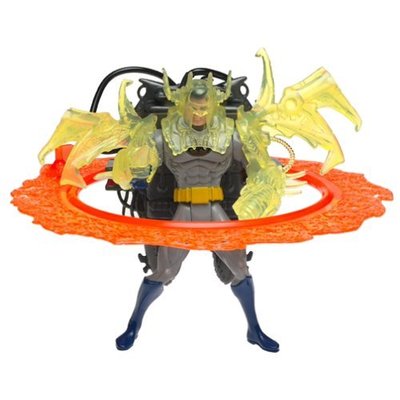 If one thing and one thing alone could sum up the awfulness of Joel Schumacher’s Batman and Robin movie, it would be the Bat-nipples. For all the ridiculousness of the film, the terrible dialog, the cheesy plot, the inane goofiness, it’s those superfluous nipples on both Batman and Robin’s normally nipple-less outfits that so eloquently summed up what was wrong.

Unless you’re a toy fan, however, you might not know that wearing a nipple-adorned Bat-suit was not Bruce Wayne’s lowest fashion moment. Indeed, he’s been wearing more shameful?and more baffling?outfits for years on his action figures. With a need to expand Batman toylines past just Batman, toymakers have long resorted to wild, weird and insultingly awful specialty Batmen that even as kids we knew were a bad idea. Here are the 10 worst, and thank your lucky stars Schumacher never saw any of these before filming. 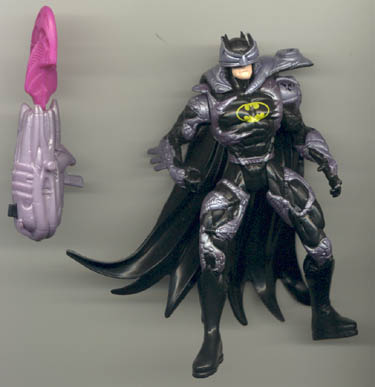 Hasbro?s Total Justice figures were already just a little too ?extreme? for most, what with their overly muscular bodies, and posturing as if they were in dire need of a rest room. Total Justice figures also came with ?Fractural Tech Gear? (i.e., giant hunks of yellow plastic you threw out ) but this Batman figure had some sort of permanent ?Coral Armor? all over his body like a leftover from a Batman/Witchblade comic no one wanted to read. 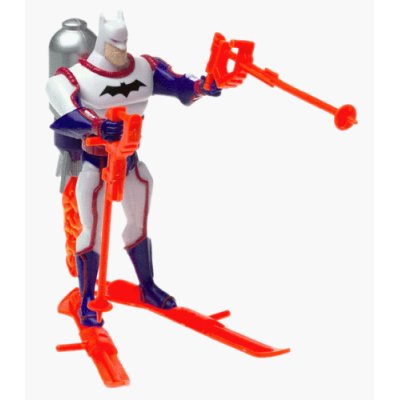 Batman has rocket skis and a big cartoony missile on his back. He?s either on vacation or trying to catch the Road Runner, I?m not sure which. 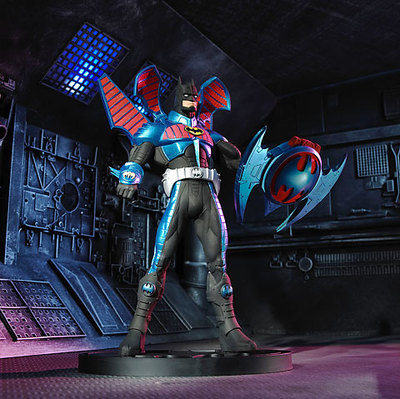 I guess now that Captain America is dead (R.I.P.) anyone can steal his patriotic schtick. One has to wonder what purpose the large spikes serve?is it for wind resistance or does Batman just have a Transformers fetish? 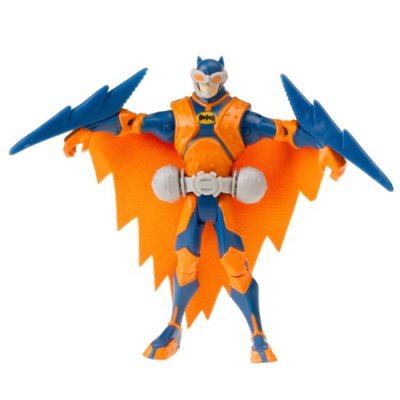 It?s logical enough that Batman would have some sort of flying apparatus, especially one for use at night, but it seems slightly counterintuitive to have that ?night glider? be a day glow orange. He looks like a flying traffic cone, and the only people scared of those are driving students. 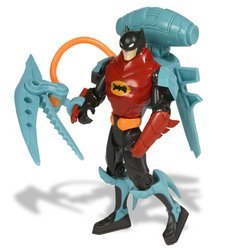 Yes, it sounds like a badass name until you start to think about it. “Negative Threat”? Does that mean a non-existent threat? A threat of general negativity, which must be combated by handing out balloons? Whatever it means, a Batman with this much encumbrance posts less than zero threat to anyone except himself. The pterodactyl-shaped gardening shears must require a great deal of fuel. Remember when Batman just used to hit people? 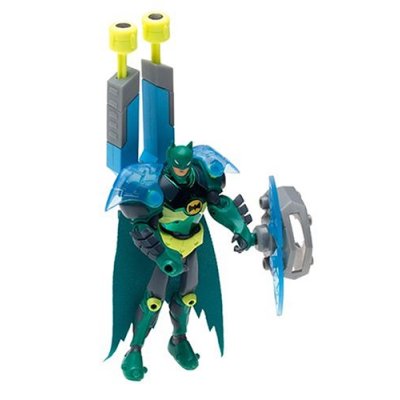 For a superhero based on stealth, the Dark Knight sure likes to carry a lot of burdensome crap on his back. Criminals beware…unless you run through a doorway, or possibly a low bridge. It also raises the age-old question: how does he go to the bathroom with all that shit on? 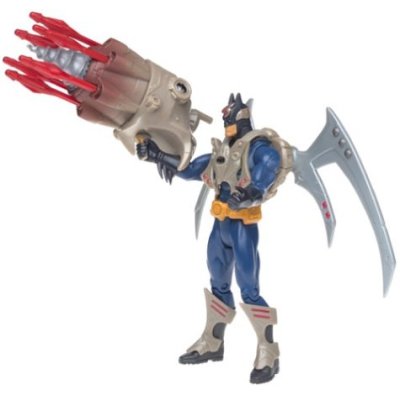 A gigantic gun with a drill on it would give Batman and Sigmund Freud a lot to discuss. Add to it that Batman seems to have gotten a hold of Ace Frehley?s old costume from the KISS ?Psycho Circus? tour and you have unintentional toy hilarity.

Some of the ?Legends of the Batman? figures were kind of neat forays into that whole Elseworlds thing, but Viking Batman is underwhelming at best. He looks like a regular Batman with an unfortunate penchant for LARPing or a job at the local Renaissance festival.

Norton Anti-Virus is for pussies. When Batman’s computer gets a virus from opening a nefarious email attachment promising nude pictures of Scarlet Johannson, Bruce Wayne slips on his bright red hula-hoop and useless see-through cowl to zap those Trojan files the old-fashioned way! 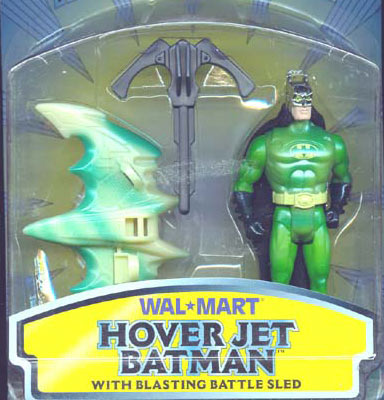 Either it?s laundry day in the Bat Cave, or Gotham has some sort of Mardi Gras going on. There’s simply no other explanation for Batman decided to put on a lime green outfit and combine it with a gold helmet unless he was colorblind.