Menu
Home
>
Daily Lists
>
The 10 Greatest Playsets of All time 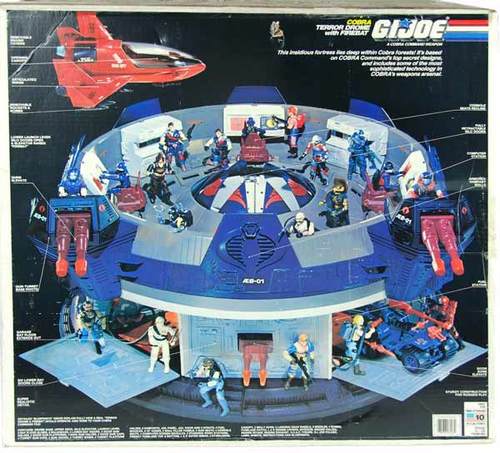 Playsets do the impossible?they make action figures cooler than they are by themselves. Back in their heydey, a good playset could make or break a Christmas or birthday (unless you were that spoiled rich kid on the block, then I want to mention I still hate you), and could determine your popularity and how many kids wanted to come over for the next year. They prevented you from having to use your pesky imagination, saving time and effort. Alas, as time has passed and plastic has gotten more expensive, toy companies are making fewer and fewer playsets available to us (screw today’s kids, we just want more ourselves) which is why we gratefully look back at the 10 greatest playsets of all time. 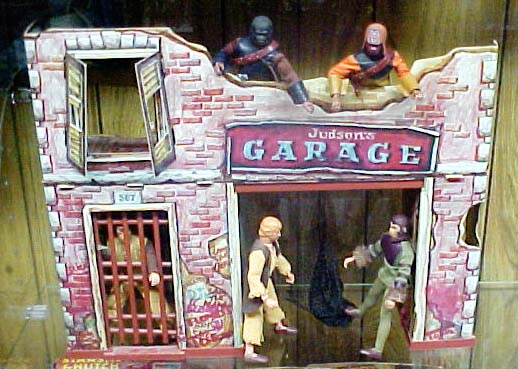 A post-apocalyptic city where intelligent primates trap lowly humans to possibly subject them to medical experiments?! You have to admit that?s all kinds of dark for kids to play with, especially in the 1970s. Mego didn?t stop there; two of the other Planet of the Apes sets had operating tables where the Apes could perform surgery on their human prey. Did parents in the 70s even pay attention to the sick shit that was going on?

Remco married the Universal Monsters with the pure goodness that is the 3 ?-inch action figure in 1980 and also created a combination carrying case/creepy house playset that could hold all the characters. It was so cool to strap Frankenstein to his table and have Dracula rise from his crypt you?d forget the fact that it?s not likely these dudes would actually ever hang out, except in The Monster Squad (where it didn’t work out so well). 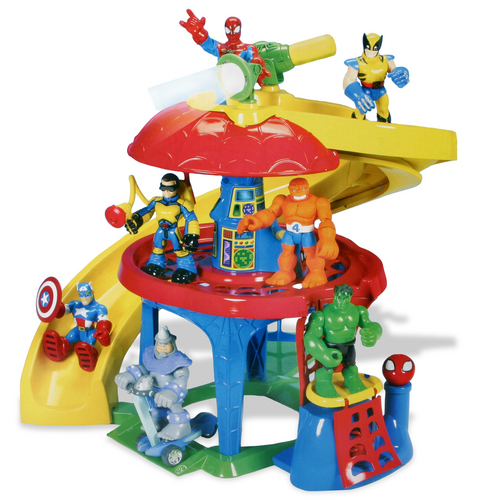 Spider-Man and Friends are super heroics for the toilet-training set and while a smiling Hulk is perplexing, it doesn?t really matter. The Marvel heroes headquarters includes an elevator, search light, cannon and a really big slide. The world would be such a better place if getting out of our workplaces involved us yelling ?Wheeeeee!? 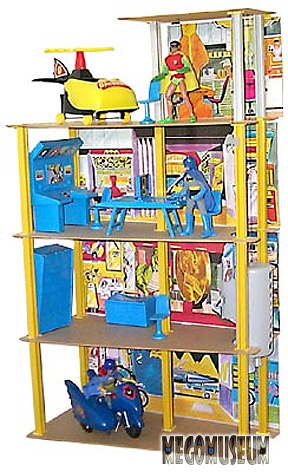 Bigger sometimes is better and Mego went all out with this four-foot tall skyscraper where Bruce could throw Playboy-esque parties and Batman could do his brooding thing in the Batcave. The wonderfully illustrated interiors pretty much cram every bit of Bat-lore in there, including Bat-Mite, his giant Tyrannosaurus Rex statue and the giant penny.

Sure, it never appeared in the movies, but this original Star Wars set from Kenner took a page from Lego by allowing you to create and build your own droids, including a movie-accurate, three-legged R2D2. It doesn?t seem important in retrospect, but that concept was the coolest thing ever in 1979. 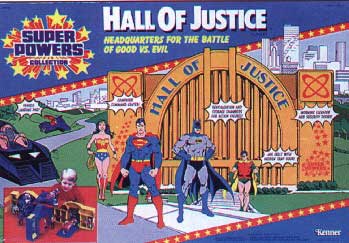 We?ll forgive the misspelling of ?Gotham? on this set?s interior, mostly because this set finally allowed us to act out our Super Friends fantasies. It had a slew of jail cells for the villains, along with trap doors, which is all we ever really wanted out of our playsets in the ’80s. Man, trap doors were always, always awesome.

It?s pretty damned rare when the bad guys get a playset and the Terrordrome is the king of villain sets. Its construction looks like something you?d see in a cold war Bond film, with its many consoles, compartments, guns everywhere on the sides, jail cells for Joes, ammunition storage, a vehicle refueling center, and that awesome Firebat launching pad right in the middle. It was much cooler than the huge but more boring U.S.S. Flagg aircraft carrier playset, and more authentically G.I. Joe than the Defiant space shuttle playset (wich was also admittedly pretty awesome).

One look at this set will make you wonder if the good people at Mego in the ’70s had ever seen an episode of Star Trek. Its electric blue interior looks more like a cheap galactic motel Kirk brings his latest space conquests, but all the ignorance of geek detail is forgiven when you play with the wicked cool Transporter, which effectively and cleverly beamed your Trek Megos away. 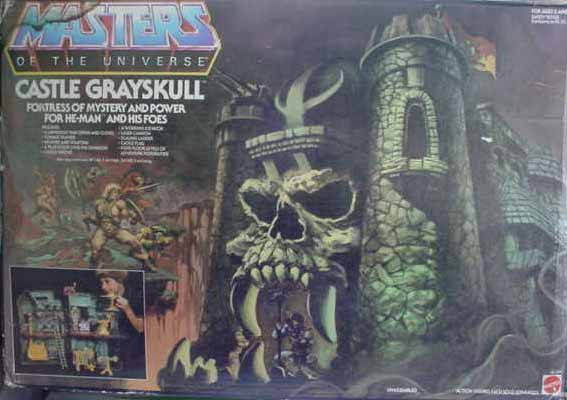 The first and most recognized of all the Masters of the Universe playsets. Grayskull is almost a character itself in the He Man universe. It?s the place everyone wanted to be but only a few were allowed, as if He-Man were the bouncer to the coolest club in town and Skeletor and his pals were always the ones behind the velvet rope, thanks to a front door with an actual key. This set also had a trap door which dropped Skeletor and his minions into a jail cell, which was absolutely the coolest thing ever in 1983. Also, the thing looked like a huge green skull?even at six we knew how badass that was. 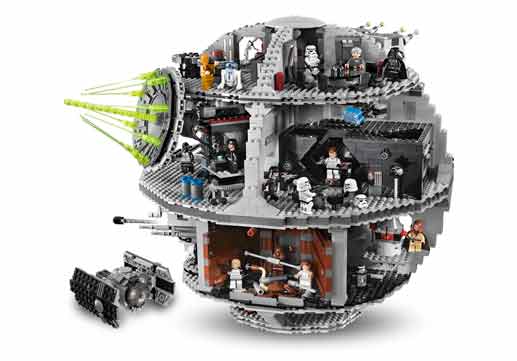 Looking more like a brownstone home than the actual Death Star, this classic set seems to suggest that all of the action happened in 1/16th of the station. Kenner crammed as much of the movie that they could including the trash compacter (the Empire threw out a lot of foam), trap doors, working elevator, giant cannon and even the light bridge so you can re-enact some brother-sister kissing if you were so inclined. If you couldn?t have fun with this as a kid, there was something seriously wrong with you.