Menu
Home
>
Toys
>
You’ve Got a Little Something on Your Face (and Torso), Mr. Cylon 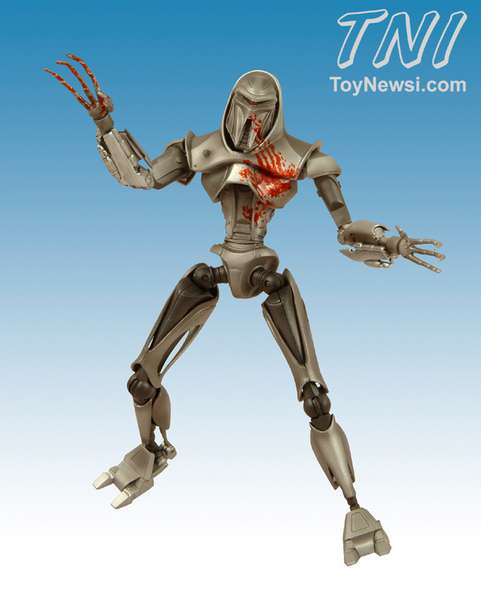 If you like your Cylons covered with the blood of their meatbag human enemies, than I hope you’re going to San Diego Comic Con, because Diamond Select will be offered the above exclusive Battlestar Galactica figure. It’s based on the season two episode “Valley of Darkness,” and a wet-nap is not included.