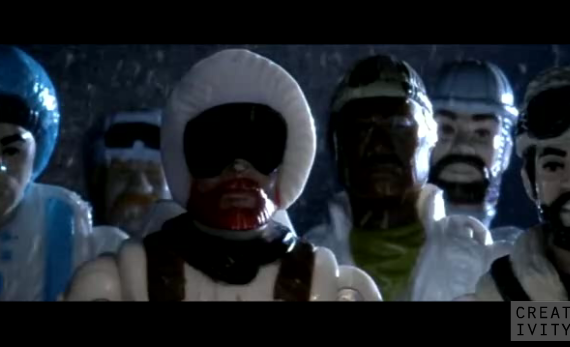 While I sift through whatever SDCC news came out last night, do yourself a favor and watch this amazing video of John Carpenter’s The Thing, animated with G. I. Joes. It’s a music video for the French band Zombie Zombie, and it’s about the most awesome thing I’ve ever seen. You’ll have to head here to to watch it, but I swear it’s worth the trouble?I think Wilford Brimley is played by a Dreadnok. Much thanks to the lionhearted Zach Oat for the tip.