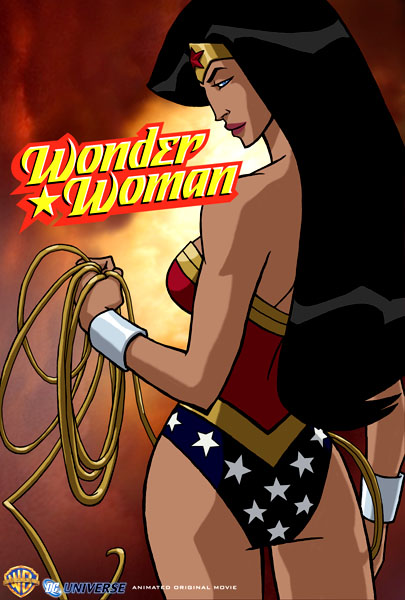 Now that Batman: Gotham Knight is out, nerds are able to also see the preview for DC’s next direct-to-DVD cartoon, starring Wonder Woman. As soon as the trailer gets uploaded, I promise I’ll post it, but for now, we’ll have to settle with this promotional image courtesy of TV Guide (who has the exclusive, despite it not being on TV, nor being planned to air on TV. Weird). Still, it’s worthy of discussion?not for her partially exposed ass-cheeks, which I believe have been standard for a while now?but for her nose, and how it seems to be fused to her forehead. Why? Are they going for for an ancient Greek art-pottery-type of thing? If so, don’t they realize that wearing a Stars n’ Stripes-themed unitard negates any kind of throwbacks to ancient Greek art you could possibly throw in?