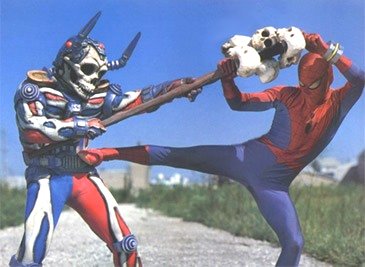 Well, you knew this was coming. After the financial success of DC’s anime-riffic Gotham Knight?which was actually pretty lame except for the last chapter?Marvel is joining forces with anime studio Madhouse to make four anime of four of Marvel’s heroes. Sez the NY Times:

Marvel is teaming up with Madhouse, a renowned Japanese animation studio, to develop new versions of its characters for four anime series that will premiere in spring 2010 in Japan.

Rather than simply importing American characters and concepts, said Simon Philips, president of Marvel International, the goal is to create ?something that is part of the fabric of society.? This means reimagining the back stories and redesigning the look of Marvel?s stable of characters to reflect Japanese culture. ?It will create an entire parallel universe for Marvel,? he said.

?Marvel today is so open-minded,? said Jungo Maruta, the president and chief executive of Madhouse, through his interpreter, Alex Yeh, the chief operating officer of the studio, during a recent meeting in New York. ?Marvel gives creators freedom to fly.?

I’m going to take a wild stab and guess those four properties include Spider-man, Iron Man, the Hulk and X-Men?I know, I may be psychic. But overwhelmingly, I can’t help but feel “enh” at this news. While Madhouse makes some beautiful animation, the Japanese style of storytelling is often very slow and quiet, which is why anime adaptations of things like Highlander and The Matrix can be boring as hell. Plus, it’s not like Japan has ever clamored for more anime adaptations of American superheroes?they have plenty of their own shit to watch. Still, I’m sure they’ll sell like hell in America, which is all Marvel needs to care about.