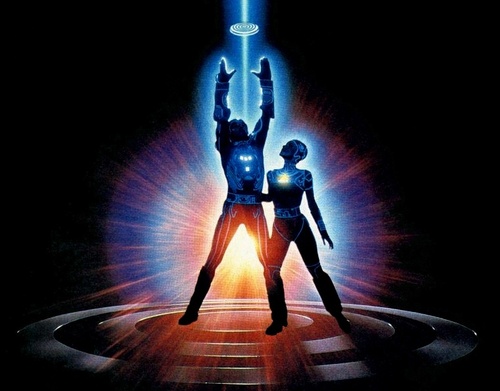 If you managed to see the bootleg, Jeff Bridges-laden trailer for Tron 2 (or “Tr2n” as I still refuse to call it), you know how awesome it was. Ever wondered how it got so awesome? Well, /Film answers that questions by answering where the hell the out-of-the-blue trailer came from. The short answer: Pixar’s main man, CEO and Toy Story director John Lasseter.

[Blogger] Jim Hill explains all the behind the scenes happenings of this project in detail on his blog, but here is the basic details: John Lasseter got behind the project. Disappointed with the direction Steve Lisberger was going in, Lasseter hired Lost writers Eddie Kitsis & Adam Horowitz to overhaul the screenplay. And as we reported a while back, the mouse house hired commercial director Joseph Kosinski (you can see some of his fantastic work here) to helm the project.

Steve Lisberger, incidentally, is the creator of Tron and the director of the first movie; he’s been working on a Tron sequel for at least the last five years. And John Lasseter just threw all his shit out, hired kick-ass writers, and, by all accounts, a very talented if somewhat unexperienced director to helm the project. If anybody else pulled this shit, nerds would be up in arms. But since it’s Lasseter, I’m crying tears of gratitude and joy.

Oh, /Film goes onto say the three-minute teaser trailer shown at SDCC was actually made for Disney execs, who weren’t sure if they should do a Tron sequel. I swear to god, if they had nixed Tron 2 and greenlit Race to Witch Mountain, I would have gone on a damn Disneyland killing spree.