Menu
Home
>
Anime
>
Someone You Don’t Know Is Directing Voltron 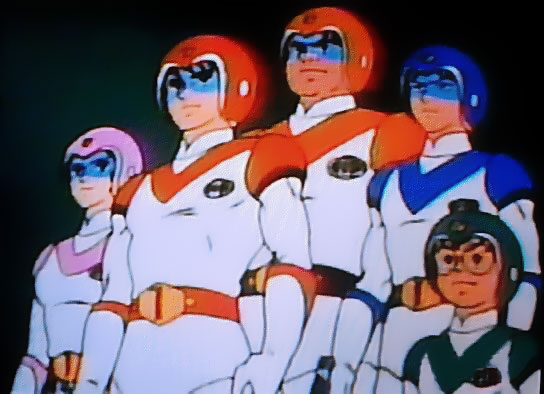 Latino Review has the exclusive scoop on who’s directing the Voltron movie, and it would probably be more impressive if anyone had ever heard of the guy. But you haven’t. It’s Max Makowski, who, aside from sounding like a bully in some ’80s kids movie, has directed very little so far, but is one of those guys signed up for lots of stuff.

Max’s credits include the movies The Pigeon Egg Strategy (premiered at The Sundance Film Festival in 1998), One Last Dance (premiered at The Sundance Film Festival in 2006 and went on to Cannes), and television series Queer Eye for the Straight Guy (2003) and The Agency (2005). He is also working on writing and directing a Universal film based on the Japanese movie Shinobi, a Studio Canal film based on Le Professionnel, and he has rewritten the screenplay for the bigscreen version of Hawaii Five-O. Max also will direct the bigscreen adaptation of the 1970s TV series Kung Fu which revolved around a Shaolin monk forced to flee to the Wild West, where he used his martial arts skills to fend off various evildoers.

Yes, Mr. Makowski has gone pretty much from Queer Eye for the Straight Guy to Voltron, in one of the most bizarre directing jumps since Peter Jackson went from muppet sodomy in Meet the Feebles to helming the jillion-dollar Lord of the Rings epics (that still freaks me out). Since this Voltron movie has already been set on post-apocalyptic Earth, I’m not too concerned what happens at this point. In all honesty, Carson Daly would make an awesome Princess Allura.