Menu
Home
>
Daily Lists
>
The 10 Gaijin You Meet in Japan 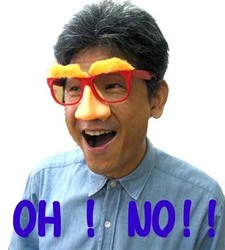 Chances are if you’re into anime, manga, videogames, gadgets, maids, Bunraku puppet theater, or any combination of the above, you’ve contemplated visiting or possibly even living in Japan. But not so fast there. What you don’t know is that there are a whole bunch of people just like you already stationed in various outposts, and your presence exposes their lie. We’ve compiled a list of the ten most common foreigners you’ll find in Japan; should you choose to go, you’ll probably befriend and become one, but more likely two or three, of these characters. Sure, you also might not, but if you’re a regular reader of TR, we wouldn’t bet on it. 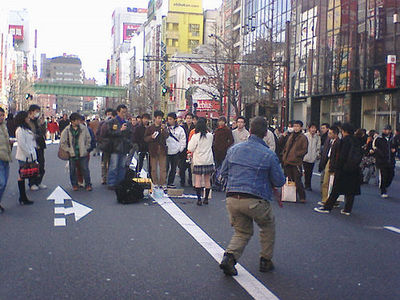 Not as prevalent as you may think, mainly because most otaku can’t be bothered to leave their own bedrooms, let alone entire countries. Still, the few who do manage to suck up the nerve to head to Japan find residence in and around Akihabara, where they dress up as stormtroopers, maids, sailors, and other almost naked peoples. Unlike other cultural imperialists, their interest in Japan is specific, focused, obsessive: anime, manga, and its various pop-cultural offshoots. Otaku are probably the most content commoners you’ll find in Tokyo since, unlike their home countries, nobody there judges them for their social sins.

9) The Obnoxious Europeans Who Masquerade as Americans 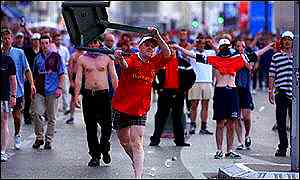 Americans get a bad rap in Japan–in the view of Japanese, they’re lazy, drunken, rude, arrogant, and large. But by all accounts, Americans aren’t lazy. In fact, they work more hours and have fewer days off than the citizens of just about any first-world nation in the world. Most of those vacationing unshaven slobs you see stumbling around the city are of various European descent: grotesque Germans, slovenly Slovaks, and wave after wave of drunken Englishmen, all being rowdy as hell, and all intoxicatingly falling over themselves to give us Americans a bad name. Most Japanese can’t tell an Aussie accent from a Boston one, and instead assume that the jerks vomiting up cheap sake in the middle of a busy intersection are from Paris, Texas rather than Paris, France. 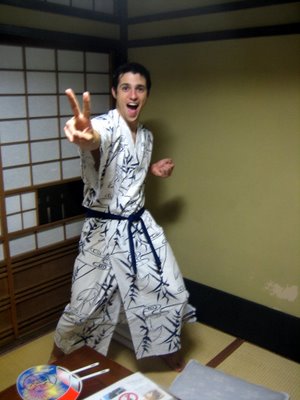 Super enthusiastic (“genki!” as they like to remind you) about Japan and everything in it, they’ll surround themselves with a circle of Japanese people and refuse to let you see what’s inside. These are the ones who carve out a little slice of Japan for themselves, usually in some rural backwater, and act all Chris Columbus with it. As soon as you meet them, they’ll make sure to include in their introduction everything they know about Japan so as to ensure you are inferior and don’t belong here, gaijin! The reality of it is they know way too much about way too narrow segments of Japanese culture and try to impress you with the fact that they can pronounce “karaoke” or “karate” correctly within the context of any sentence.

7) The Cynical Assholes Who Love Japan but Publicly Hate It

This is a comprehensive group of people who bitch about Japan when in front of others, but secretly love it because Japan has provided them with a life far better than whatever sad situation they’ve escaped from in their home country. This group includes sarcastic college graduates, as well as middle-aged bankers who gripe about Japan’s cultural oddities but end up hitting on 30-year-old office workers at the local gaijin pub every Friday night. 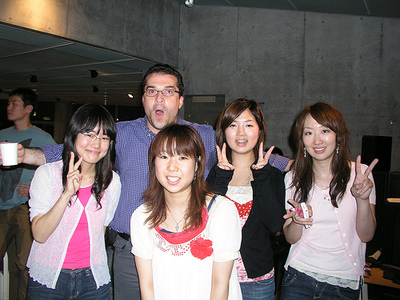 The Nigel is named after a porn star, name of Nigel, whose purpose in life is to befriend and befuck every willing female this side of the Orient. A Nigel can be spotted at night in the club districts of Japan–the base being foreigner-friendly Roppongi–with a mission to spread their seed, along with tales of marriage and security, to any woman sucker enough to lend an ear and possibly some other open orifices. Nigels can spit game, don’t discriminate between 3s and 8s, and are often sweaty (hence the BO stain in the pic above). They’re most commonly found in Bangkok (zing!) or in sleazier areas of China, but they certainly aren’t lacking in abundance in ol’ Nippon. The open borders are now gaping, and Nigels have thrust themselves in. 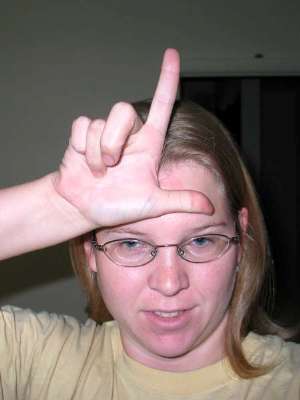 So you go to Japan, you’re suddenly a rock star, and pussy is flying your way like a million bats out of the Batcave (must…force…comic…analogies). That is, if you’re a red-blooded male. If you’re a dude that swings the other way, there’s still a lot Japan has to offer you in the form of highly entertaining gay bars with cosplay. But if you’re a big, strapping gal from the mid-Northwest, Japan might not be your kind of place. Foreign guys, when they’re getting laid, are not choosing to eat N’awlins catfish at the Kobe beef steakhouse. And Japanese guys, when they’re not being worked to death by a sadistic bureau chief, are often too intimidated by the hulking, busty behemoths to ask them out on dates, let alone climb them.

Add to that the fact that all the dress and shoe sizes in Japan are about five sizes too small, and what do you get? Sad, bitter white women who resent the fact that the losers who they once blew off for fucking that tattooed freak at the club no longer even bother to buy them pity drinks.

Don’t bother getting to know these types too long, as they’ll likely be in Saudi Arabia before you can ask them what their plans are for the weekend. Permanent migrants are never in Japan for more than a short stay, usually because they have another exotic locale to visit, add to their PassportStamp account, and tell everyone they come in contact with that they’ve “done” Japan, thought it was okay, but so and so was better. They give off the impression of a worldly traveler, when in reality they’ve scoured the world and yet found nothing that validates their existence. These guys and gals would suffocate on their own cloud of smug if they weren’t already choking on massive tornadoes resulting from their hightailing it out of town while leaving anything resembling commitment behind. 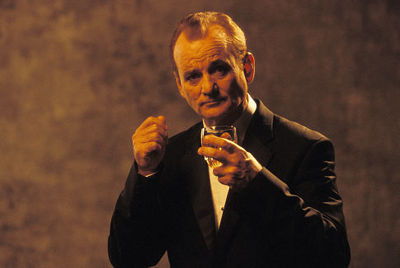 Hosts, hostesses, and wanna-be divas, actors, J-pop and import models cumulatively fall under the all-encompassing whorcefield of this patchwork umbrella. You might make it and be a well-paid TV talent who might even hawk poorly-made Japanese whiskey ala Bob Harris, but you might also end up wasting your youth in a sleazy foreigner bar, working for minimum wage without tips and at the mercy of a cruel bar master. Possibly most annoying of the many service industry class members are the scouts and solicitors hanging outside of their respective bars, glaringly Nigerian, but who claim to be from “New Yuck” through their thick French accents. 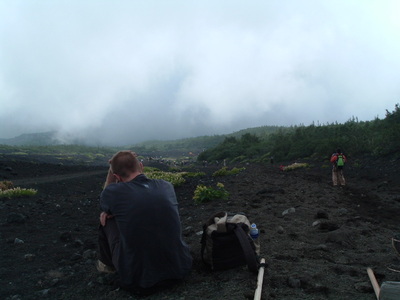 The restarts moved to Japan one day on a whim with no prospects, set up residence for a short-term escape, and ended up staying for a long-term purgatory. Often, restarts have screwed up somewhere in life irrevocably and Japan, with its futuristic neon flashing lights, robots, flying cars, and android babies, promises a vision of a much better and more automated tomorrow. Sometimes restarts will end up living happy new lives, while others don’t realize it was themselves, and not their past countries, that they were running away from.

Occasionally these restarts will slowly mutate into a devolved breed called forgot-to-leaves, a sad group of people typically indistinguishable from other normal folks, but who can often be spotted wandering around the city streets like zombies at 5 a.m. after all the bars have closed, talking to anyone who will listen that they were once important, but have now turned Japan into their own private Florida where no one listens to them and they will soon die. 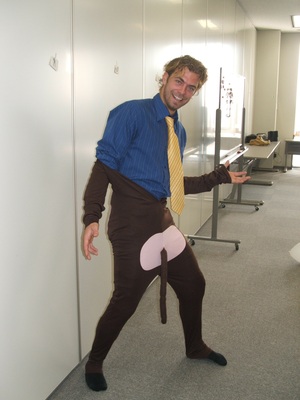 The PET loves teaching English way too much. More like a professional clown than a real teacher (you know, the kind that gives grades and whose livelihood isn’t dangled around on a contract), PETs have been caught unawares that the Japanese English-teaching industry was long ago relegated to a sort of mercenary program for foreign refugees. Many unfortunate souls end up running the eikaiwa (“English conversation”) racket for the remainder of their lives.

If only they had found some respectable employment when they had the chance. Now, they possess portfolios stocked with English ice-breakers and conversation games, while their resumes are occupied solely by jobs that their home country considers the equivalent of mall Santa or amusement park choo-choo-train operator. Some luck into cushy university jobs where the conditions are slightly more respectable, but most end up content as a permanent pet monkey to Japan’s whip-cracking massa.