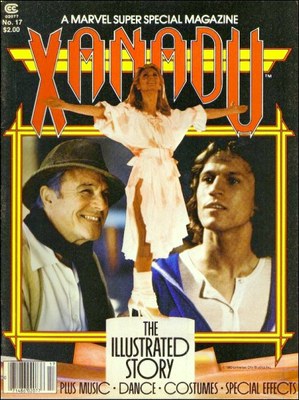 Before the days of comic books ruling movies, movies ruled comic books. Making a comic of a hit movie?or a movie that hopefully probably would be a hit?was like money in the bank for Marvel, DC and a plethora of other, smaller publishers. But for every Star Wars, which sold a jillion copies and went on to become its own unique and awesome comic series, there were plenty of adaptations of movies that did nothing at the box office except shame everyone involved. Those comic adaptations did nothing but rot on the comic store shelves, occasionally getting bought by a confused but well-intentioned grandmother. We celebrate 10 of these terrible movie comic adaptation today. 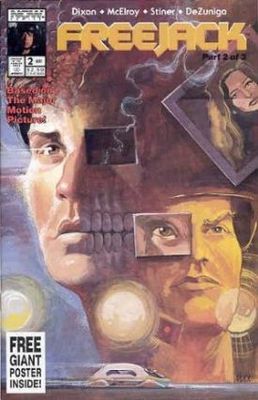 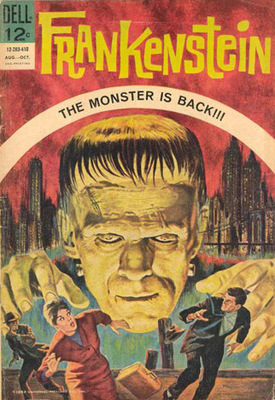 Despite a cover that clearly suggests a book filled with Karloff and the awesome James Whale version or Mary Shelley’s classic, the shysters at Dell Comics ripped monster-loving kids off with a homegrown ?re-imagining.” Sure, the monster kills a lot of people and the Doctor doesn?t seem too bothered when the big guy explodes later on an ocean liner, but that just makes it more mysterious when the big green guy donned tights and became a superhero in another Now Comic a few months later.

8) Superman IV: The Quest for Peace 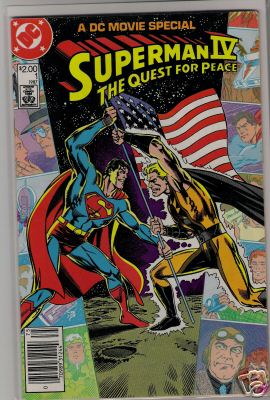 The only Christopher Reeve Superman movie to receive a comic adaptation (we were all denied the wonder that is Superman 3‘s Richard Pryor in comic book form), Superman IV adds in some scenes that were left on the cutting room floor, which admittedly explains some things, but doesn?t quite turn it into something worth seeing. Impressively, John Cryer is just as annoying in the comic as he is on-screen; this version also fails to answer the burning question of why Luthor’s wig has a bald spot. 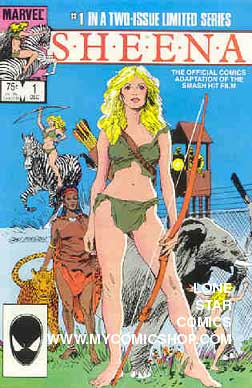 Marvel adapted the 1984 film version of the female Tarzan, which starred former Charlie?s Angel Tanya Roberts as the sexy jungle girl who could talk to the animals. The film bombed at the box office despite a whole lot of Ms. Roberts being topless, and since Marvel trimmed this all-important scene, all the comic had was a bunch of Ted Wass in comic form. Nobody needs that. Please note that Sheena should not be confused with the Marvel character Shanna, who lives in the jungle and wears an animal skin bikini and is basically identical to Sheena in every way. 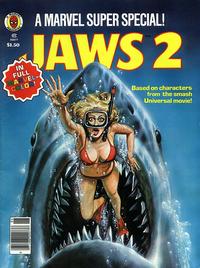 The first Jaws is a benchmark of terrifying cinema at its greatest. The second? Not so much. It?s more indicative of Hollywood at its greediest. A workmanlike but not awful follow-up that had big shoes to fill, it can be called the best Jaws sequel but that?s like being Val Victorian of a barber college. 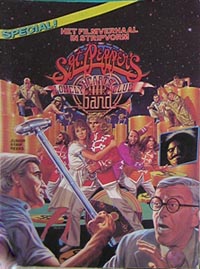 Although producers had high hopes for this film tribute to the Beatles which had the Bee Gees subbing in their place, one critic declare it “quite possibly the silliest movie ever conceived.” By taking away the only semi-interesting thing about the movie?a series of Beatles song covered by an insane variety of top ’70s bands?even the few die-hard Bee Gees apologists stayed away from the comic. 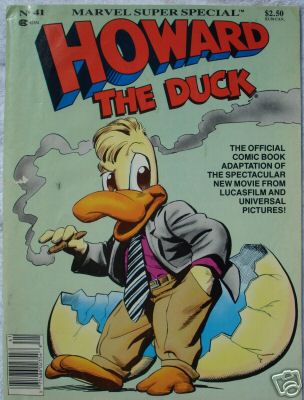 So figure this: Howard the Duck was a popular comic character. But when the character got a movie from George Lucas, Marvel decided to ignore the original comic and character, and instead slavishly followed the critically scorned, oft-derided film. Smart move, fellas. Still, the comic version looked far less creepy than the weird duck-suited midget in the movie.

The words ?musical romance? do not gel with comics, but somehow Marvel forged along with an adaptation of this 1980 roller disco mess starring Olivia Newton John. When a movie?s strongest feature is its soundtrack (which was a huge success), you?re pretty much doomed at trying to portray to make a comic version (this is why Marvel hasn’t okayed that Mamma Mia graphic novel yet). Without its visuals or soundtrack, you?re left with buyer?s remorse. 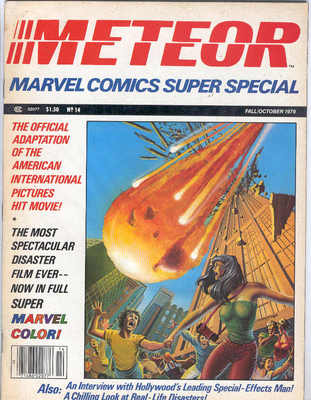 The disaster genre should, in theory, translate well to comics if only because it’s so to do the specials effects. But the problem is that disaster movies have to have endless scenes of people talking before the disaster to build up the dramatic tension. While people might be okay with that in a theater, the average comic reader is bored if there isn?t a fight or large-breasted heroine in the fourth panel of the first page. Sorry, Meteor. 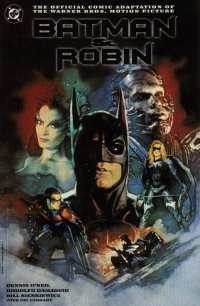 Despite the talents of Bill Sienkiewicz, Batman and Robin was a huge shit upon the cinema landscape, and no one can polish a turd enough to make a diamond. Despite its highly goofy take, Batman and Robin was equally shameful in comic form?perhaps moreso than the movie, because Batman and Robin’s nipples were prominently featured in almost every panel. Plus, Schwarzenegger’s terrible cold-puns were even more shameful when hand-lettered.