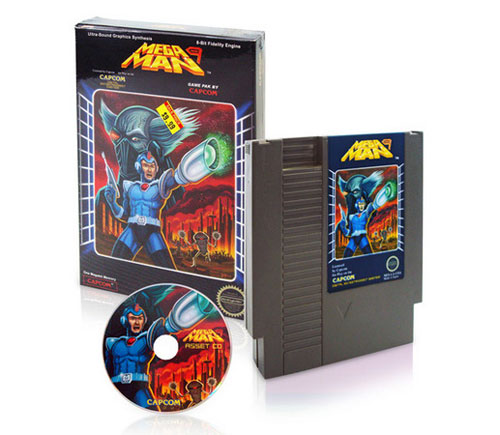 If you’ll recall, Capcom has made Mega Man 9 as a pure retro game, using NES-style graphics, music, and gameplay. Te game will be released on WiiWare and Xbox Live and the like, but that’s not what’s important here. What’s important is that Capcom has made equally old-school NES-era packaging for the game, as part of a tremendously awesome press kit. Note the terrible box art, reminiscent of the original Mega Man packaging. Note the NES cartridge, which opens to hold the press CD. Note the fact that this is fucking awesome, and unless you’re on Capcom’s press list, you ain’t getting this bad boy. Now, TR isn’t on Capcom’s press list either, so I’m crying with you, not gloating. Although if I’d gotten this thing, I’d totally be gloating. (Via Kotaku)