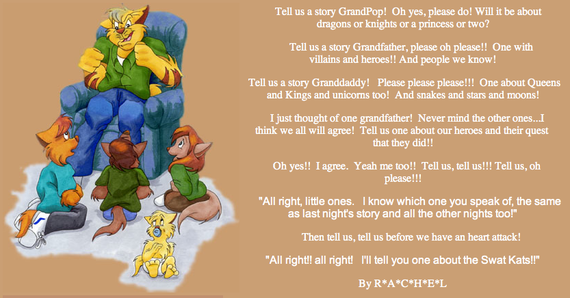 Joy is
An online collection of poetry
Entirely about the cartoon S.W.A.T. Kats
Written by fucking crazy people
And most of them have pictures