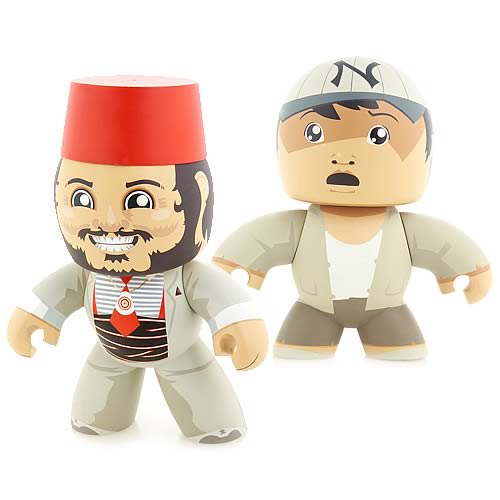 Entertainment Earth just unveiled pics of its exclusive Sallah and Short Round two-pack from the Indiana Jones Mighty Muggs line. They’ll be available in November?you can pre-order ’em here for $34?but I’m far more concerned with the sinister grin on Sallah, along with the look of pure terror on Short Round’s face. I can’t say for certain something terrible is going on here, but if Hasbro made a Mighty Mugg Chris Hanson, I bet he’d do well to investigate this “two-pack.”