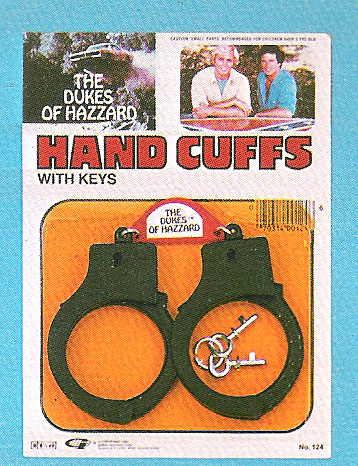 Ah, drugs stores. Places of infinite use to our parents, what with their food, booze and drugs, but places of boredom for children. There’s only one place worth looking in a drug store, and that’s the toys aisle. But it’s hardly Toys R Us in there?it’s maybe 10% legitimate toys and dolls, and 90% cheap crap. That’s cool, since that’s primary purpose?drug store toys are designed with one purpose in mind, to shut children the hell up so our parents and/or guardians can buy their liquor and depression medication in peace. These toys aren’t well-made, well thought out, or even well, worth the $2 parents spend on ’em, but we’re happy to celebrate the best crap drug store toys that made absolutely no sense. 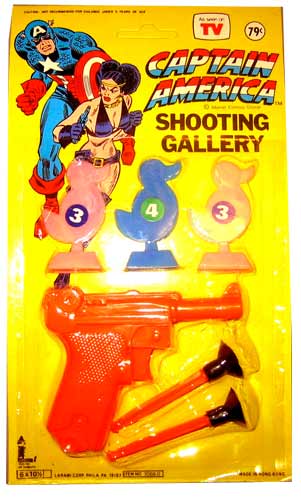 The sentinel of liberty (God rest his soul) wasn?t crazy about guns, although this might be explained by the fact that most of the guns he encountered were held by Nazis trying to kill him. However, the mental image of him shooting duckies does provide some sort of odd feeling of patriotic comfort. 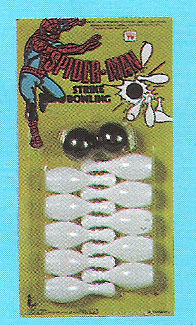 What this toy tells us that despite being a superhero, Peter Parker is still just a middle class kid from Queens who enjoys the simple pleasures in life. Or that he’ll sell his image to anyone and anything for a buck, because this is clearly just crap with Spider-man?s face slapped on it. 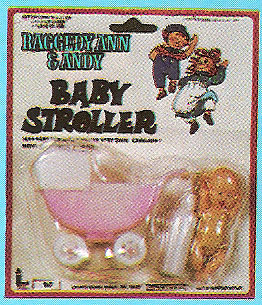 It seems that those two slightly creepy moppets had an off spring, which answers the question as to whether or not they had genitals. But weren’t they supposed to be brother and sister? Shudder… 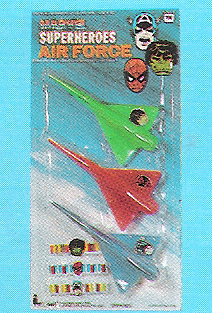 I must have missed this issue of Marvel Team-Up where Spider-man, Captain America and Hulk each got their own day-glo colored jet plane. Actually that might make a good issue, seeing as Cap is the only one who can likely pilot an aircraft.

The Duke boys weren?t law men of any kind, which brings upon troubling thoughts as to why they would have handcuffs. If not used on the rear-view mirror (which as everyone knows is totally badass) it makes the mind wander as to what them cousins was doing on Saturday nights. Terrifyingly, the best case scenario is that they were using them on their cousin Daisy. Worst case? In a word, Cooter. 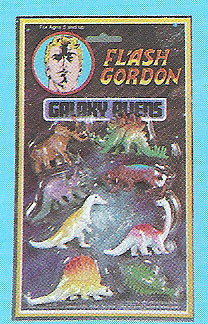 Catchy name! And a total fucking lie, unless there are planets full of dinosaurs and woolly mammoths somewhere in the galaxy. Either the maker did not give a single shot about hit product, and decided to call Star Wars aliens, or this was some last ditch effort to make some cash, and all he had was some plastic fucking dinosaurs and enough scratch for a license that was last popular in the ’30s. And didn’t give a shit. 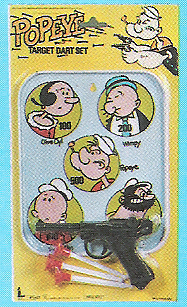 Were you ever a kid and desperately hoping to be entertained by some Looney Tunes cartoon, only to get shafted with some Popeye short? You can now take out your anger on Popeye and his supporting cast by pretending to gun them down in cold blood. 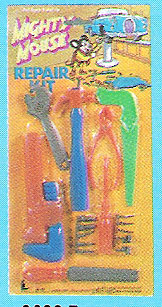 For those times when Mighty Mouse has auto trouble, this item is a look into otherwise fabulous character’s mundane and drab personal life. Look out for Mighty Mouse?s laundry hamper, three-hole punch and crockpot and complete the whole set. 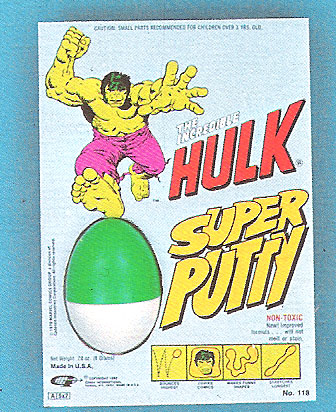 I?m not sure I?d play with any sort of substance that was green, pliable and came from the Hulk. There’s not a lot of options as to how it came from the Hulk?the orifices are terrifyingly limited?and you?d probably get a tumor after a modicum of play.

1) Planet of the Apes Parachute Figure 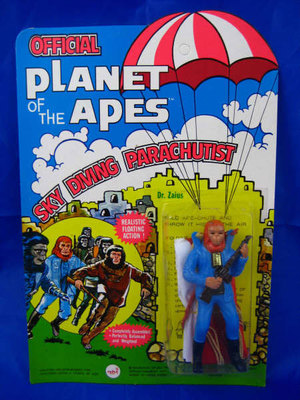 In the original Planet of the Apes film, Charlton Heston makes a paper airplane, which causes the apes to go well, apeshit. It?s a hard jump in logic to see Dr. Zaius strapping on an M-16 while yelling ?Geronimo!? Then again, it likely cost seventy five cents and was a lot of fun, so who really gives a crap about continuity anyway?