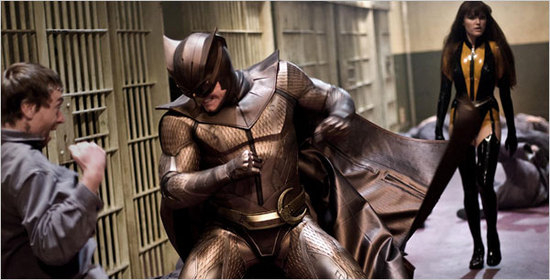 So you didn’t get to go to one of Warner Bros. highly private press screenings of 30 minutes of the Watchmen movie? I didn’t either. No worries?Television Without Pity‘s Zach Oat has the best, most comprehensive, and easily the most coherent description of the footage to be found on the ol’ nerdernet. Reading it will simultaneously thrill you and cause you to be utterly terrified at the possibility the Fox lawsuit could delay the movie for even a day. Grab a cup of coffee, and read the whole beautiful thing here.