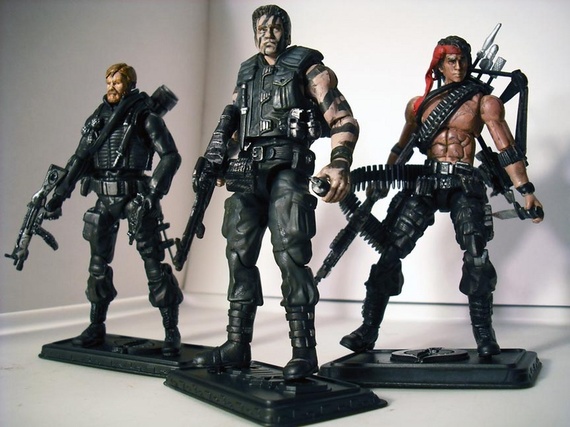 You’re eyes are not deceiving you?those are Chuck Norris from Delta Force, Arnold Schwarzenegger from Predator, and Sylvester Stallone from Rambo as 3 and 3/4-inch G.I. Joe figures. It’s beyond unfair that these are customs made by Hisstank‘s tile_mcgillus, and not on Hasbro’s actual production calendar. C’mon Hasbro?you can make this happen. You have the Hollywood connections now. And there’s gotta be some available sculptors since Indiana Jones tanked. Now you know it’s possible! And as you used to tell us…