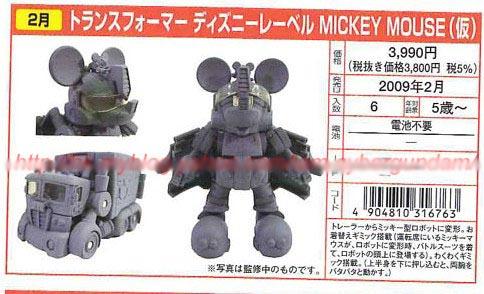 Looks like the rumors were true?Mickey Mouse has a Giant Fucking Robot of his own, and god help me if it isn’t kind of awesome. I don’t know that I’ll be buying this?although the only Japanese on there I can read is the part where it says it’s only $40?but I hope this Disney Transformers crossover is a full line, and not just Mickey. I’d be very interested to see what Donald Duck will be piloting. (Via Seibertron)