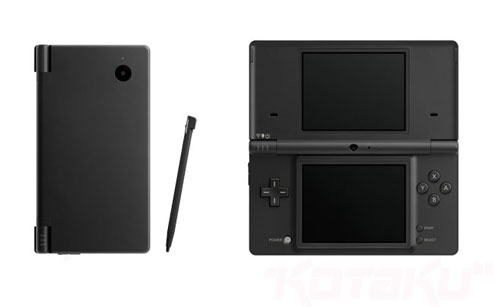 Because they’d much rather just make a new version of their little cash-printing machine. Nintendo announced the DSi earlier today at their Fall Press Conference, which will have two bigger screens, a built-in camera, an SD memory card slot, a built-in browser and the inability to play GBA games. It’s due in November in Japan, and in America in 2009, and will sell a billion, jillion copies.

As for the Wii, Nintendo seems to have forgotten it exists. Besides announcing a new Punch-Out?which is exciting, mind you, but is mostly exciting because that’s the only cool Wii game coming out for the foreseeable future. Oh, I guess for some people there’s Animal Crossing Wii as well, but those two games do not a console’s future make. Bleh.