Menu
Home
>
Toys
>
Spike Witwicky Gets His Due 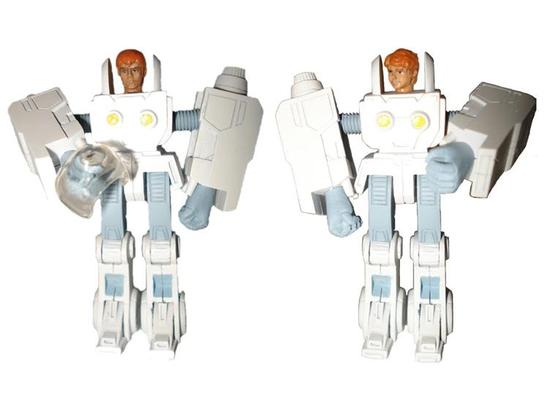 And I don’t mean Shia the Beef’s “No!”-filled portrayal of the young Witwicky. I mean the original G1 Spike, who with his son Daniel, wore goofy-ass Gobot-like “exo-suits” in Transformers: The Movie. ImpossibleToys.com, which has somehow made Quintesson toys without getting their pants sued off by Hasbro, has made the above Spike and Daniel figures in all their boxy, barely articulated glory in their bid to make the figures that Hasbro clear has no intention of ever doing. Pre-order them here for $70 (hey, the Witwicky’s gotta eat, too).