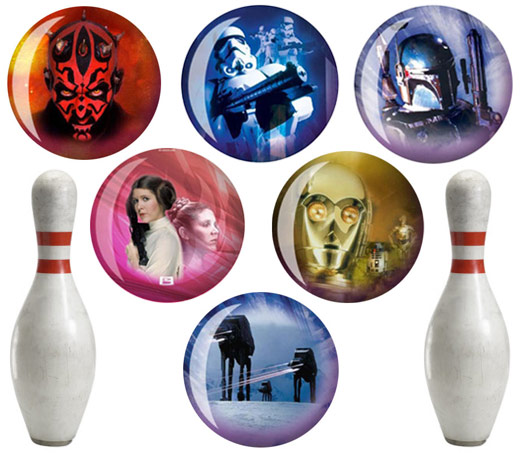 What? Okay, so I shot my Death Star quote wad with yesterday’s pumpkin, but I still needed something to introduce these ludicrous Star Wars bowling balls. I have to imagine that the part of the Venn diagram where bowlers and Star Wars nerds overlap is pretty small; and yet, Viz-a-Ball has only made bowling balls with SW character’s faces and a few scenes on them, and not the Death Star, which would be the most logical design (Luke’s Jedi training ball-thing would also be a fun design). Anyways, all three of you SW-loving, bowling TR readers should immediately go here to pick one up. (Technabob via Great White Snark)