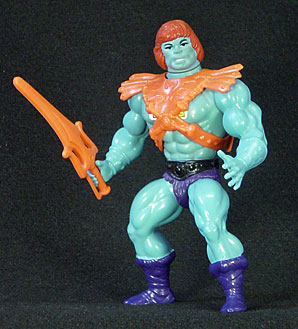 What?s the quickest and most economic way for a franchise to admit they?re running out of ideas (or never had many to begin with)? Evil doppelgangers. The concept is simple: the hero must face an evil version of his or herself in order to overcome the darker aspects of their personality and/or test the limits of their heroism. That?s a respectable threat that, for most geek properties, requires but a strategic toy re-paint or a goatee to carry out. TR goes one step further to examine ten evil robot doubles and why, when it comes to diabolical clone radness, robots are the way. 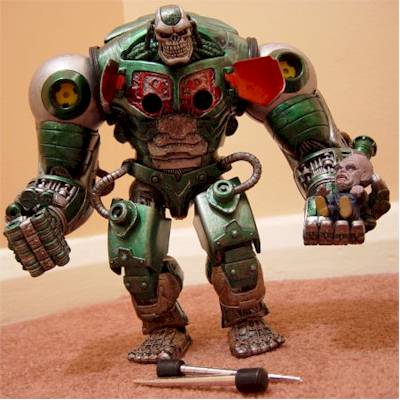 Mecha Hulk is probably most famous for its 2003 Hulk Classics action figure through Toy Biz?the one with chest missiles and Hulk villain Gremlin chillin? inside. Sure, Mecha Hulk never made a real comic appearance, but the awesome sculpt, scale and articulation of this metal monster merits praise of the highest order. After all, given the Gremlin?s history of wearing the Titanium Man armor, Mecha Hulk?s back-story is wonderfully plausible. Take that, Pirate Batman toys! 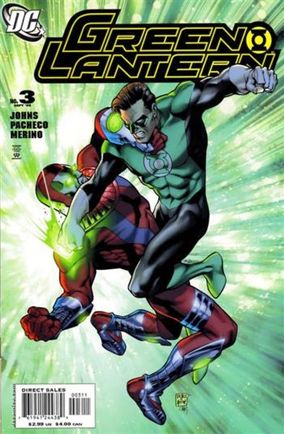 Technically these guys are sort of the chicken that laid the egg, coming before the Green Lanterns. The arrogant pricks of Oa, in their infinite munchkin wisdom, created an army of robot police to spread their gospel of peace and knowledge across ever sector of the DCU. Like most hasty robot-based plans, this goal was met with a crazy rebellion resulting in the sentient replacement of the GL Corps down the road. Now the Manhunters act essentially as evil Green Lanterns would, especially since joining the ranks of the Sinestro Corps and helping to nearly destroy the universe.

Built by Krang to kill the Teenage Mutant Ninja Turtles, Metalhead caused minor mischief before being defeated and reprogrammed as a 6-foot tall vending machine and iPod. Though harmless as a villain and forgettable as a friend, Metalhead turned out to be a pretty valuable asset to the turtles later on when he gave them someone to defeat in Konami?s 1991 arcade game Turtles In Time.

Like any good robot duplicate, Mechagodzilla?s origins were rooted in deception. Some Godzilla haters built a machine covered with a fake skin, which melted during his first altercation with the true king of the monsters to reveal a pretty snazzy robot. Despite the fact that the original mechzilla was pretty useless in a fight, the United Nations Godzilla Countermeasures Center was inspired enough to build their own version from the salvaged remains of a destroyed Mecha-King Ghidorah. If only the real UN would do the same? 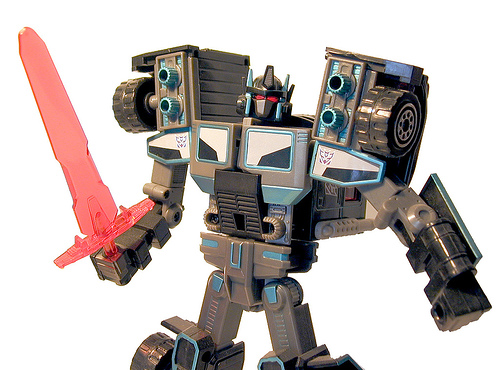 What?s cooler than an evil robot version of a human? An evil robot version of a robot! Forget what you thought you knew about the first 20 or so versions of this Decepticon, because according to the most recent Transformers toy lines, Scourge is an evil Optimus Prime. What turned him evil? Well, one version says Scourge was a truck just like Optimus, only his tanker contained rocket fuel. Given the amazingly wasteful nature of this fossil fuel, no wonder this robot in disguise went bad. Propel shuttles into space, will you? Give this guy a cool red sword?he?s evil!

Faker?s origins and intentions are wildly disputed, but his 1982 Masters of the Universe toy packaging declares he should be on this list. One: he?s a robot duplicate created by He-Man?s nemesis Skeletor for nefarious purposes. Two: he has Lindsay Lohan-like orange-red hair, which according to sleazy lore, means he?s passionate. He?s not in good company with his blue skin, though. Dr. Manhattan? Papa Smurf? The Blue Man Group? As He-Man?s most insincere villain, this guy is just plain bad news.

As Michael Knight?s prototype vehicle, KARR is sort of the Proto Man to KITT?s Mega Man, only intentionally evil. KARR is pretty awesome for a number of reasons. Reason number one being he was voiced by Peter ?Optimus Prime? Cullen in his first appearance. Throw in some casual swearing, a manipulative personality and a murderous streak and a true bastard of a car is born. 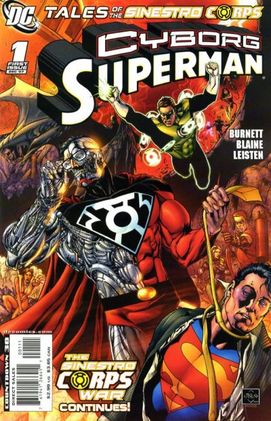 Hank Henshaw had a wonderful life as the DC Comics analogue of Marvel?s much more stable Reed Richards before an accident with space radiation killed his friends, rotted his body and forced him into transfer his consciousness into a space-faring computer. After Supes ?died,? Hank decided to destroy the man of steel?s rep by becoming his evil robot lookalike. Then, for some reason, the hate-filled cyborg decided to fight Green Lantern a bunch of times, eventually joining the Sinestro Corps. If his story seems convoluted and annoying, don?t blame Hank. He?s been trying to die for years. 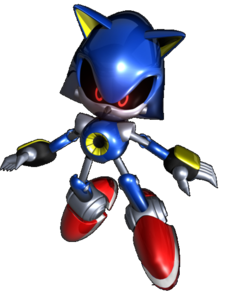 Metal Sonic is the Bon Jovi of evil robot duplicates?he?s seen a million faces and he?s rocked them all! Having appeared in probably 98 percent of the 300 or so Sonic games, Metal Sonic is the blue hedgehog?s most threatening villain by far. In his different incarnations, this Dr. Eggman invention has possessed an array of powers including not only Sonic?s super speed, but also shape-shifting abilities and psychic powers. Not only that, MS?s blind ambition to conquer the world has taken him closer than any other Sonic villain to actually succeeding and ending the Sonic franchise, which kind of makes him a hero, actually. Face it, this ?bot is a badass.

In the impossibly shitty, and aptly titled Bill & Ted?s Bogus Journey, evil android duplicates succeed in murdering the film?s titular duo. This leads ghost Bill and ghost Ted to hell where they sink Death?s Battleship, then heaven, where they build two good robot copies of themselves with the help of angel alien scientists. In the end, the evil androids die humiliating deaths and The Wyld Stallyns live to play another day. Okay, when it?s put that way, this movie was actually kind of?wait for it?excellent.