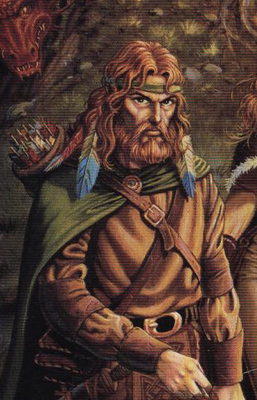 Dungeons & Dragons is primarily a game of provided place, not character; the players are supposed to come up with the heroes (and maybe villains) that populate a given setting. Still, some characters?supporting characters from modules, heroes and their foes from novels, even samples from rule explanations?rise to the top. And likewise, some sink to the bottom. Here, a list of the cream and the dregs of D&D personalities. 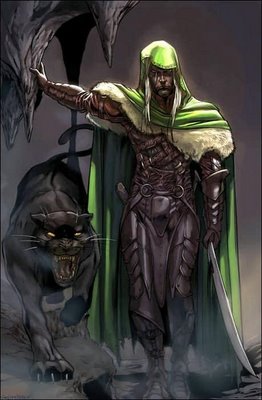 I know, I know; Drizzt fans will call this heresy. But seriously, Drizzt is just ridiculous. Maybe he?s a victim of his own success; originally designed as a cool but supporting character, he took over the show in true Fonzie fashion. Now, Drizzt is not only vastly over-powered (his has two magic scimitars he wields simultaneously, not to mention the magical panther that saves his purple-skinned ass all the time), but he?s also a little silly (one of those scimitars is named Icingdeath). And despite being one of the most powerful guys in his world, he?s still glum and self-pitying. Ho-hum; poor little bad-ass drow. And to top it off, the don?t-judge-a-book-by-its-cover moral that Drizzt carries around with him pushes maximum encumbrance. 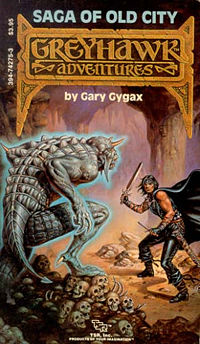 Gord was Gary Gygax?s foray into fantasy novels, and as novels, they?re not all that good. But they?re fun enough, especially for gamers, when you can see the game mechanics peeking through what passes for prose. Still, Gord is pretty thinly drawn, and when he?s with his cohort Chert (a big barbarian dude), he?s so transparently a Grey Mouser rip-off that you can actually hear the Fritz Lieber grave-spinning. 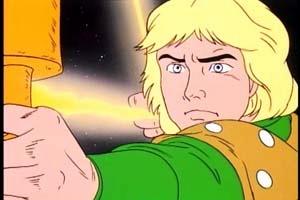 Being voiced by Willie Aames will get you on most ?worst? lists by itself, but Hank the Ranger gets special notice on this list because he?s the blandest guy in an already very bland group. There?s Sheila, whose main attribute seems to be that she has freckles; Eric, who?s at least interesting in that he?s an asshole; Diana, the token pole-vaulter; Presto, who has glasses he loses a lot; and Bobby, who?s at least got the sense to go around threatening everything and bashing stuff like real D&D players do. But Hank?poor, poor Hank, who probably has the coolest weapon on the show (a magical bow that shoots lightning bolts), is stuck being the team leader and ethicist. Was I the only one watching that kept yelling at the screen ?shoot Venger in the face! Shoot Venger in the face!? But no. Hank just made energy cages and the like out of his bolts (somehow), and thereby became the surfer-dude ranger loser of D&D.

People give Tasslehoff and Fizban some shit, but really, the dufus from Dragonlance has to be Tanis. The guy?s supposed to have charisma out the yahoo, and while that?s an interesting take for a half-elf fighter character, it sure doesn?t make sense the way the guy?s been written. He?s boring and moody and irritating, and the only thing that?s interesting about him is something that the teen-friendly books couldn?t go into, really?that he?s torn between true love (with the equally boring Laurana, whose only problem seems to be self-doubt, in that she doesn?t realize how awesome at everything she is?) and good sex (with the turned-evil Kitiara?Dragonlords do it with lances, don?t you know). Also, even as an eleven year old, reading these books in wide-eyed wonder, I had to consider this: Tanis goes to great lengths to hide his elven heritage, going so far as to grow out a full beard?but you gotta question why the idiot doesn?t just change his last name. 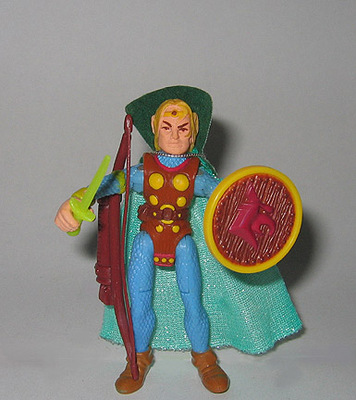 Melf has actually become a fairly well-drawn character in the litany of Greyhawk heroes. But what makes him the lamest of all is his name; Melf the Elf. If this was some sort of weird Ralph Malph Happy Days tribute, I can see letting it slide. But no, it?s not. Rather, it?s the supposed result of early D&D playtester Lucion Gygax (son to Gary) never coming up with a name for his Male Elf. M/elf. Melf. That?s just plain stupid, no matter what backstory you come up with for him later. Hell, he could at least have named him Lucion. At least LJN had the good sense to realize how ridiculous it was, and rename him Peralay when the action figure became a peg-sitter with the dumbest D&D name ever.

5) Roghan and Zelligar, In Search of the Unknown 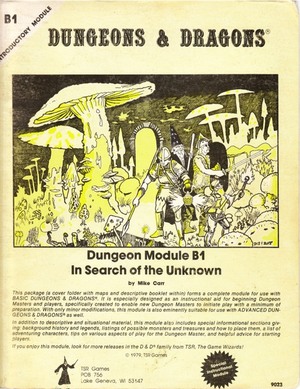 These two may well have been the first ?legends? that D&D players ever heard of in their gaming lives, since it was their stronghold, Quasqueton (not to be confused with the small Iowan town of the same name) that they plundered in some versions of the Basic Set. What makes these two figures fascinating is in part their lives (they were heroes, but of questionable alignment) and their legacy (they left their riches behind, and disappeared to no one knows where). Open questions make for interesting characters, even this early in the Dungeons and Dragons experience. 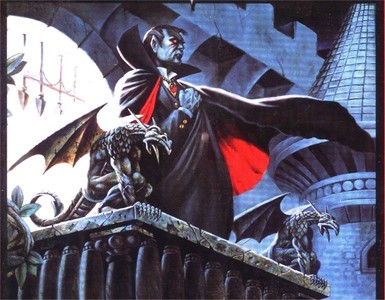 Okay, forget about the fact that this may have contributed to the rise of goth culture and is the total Anne Rice take on D&D. The fact is that in that first module, Strahd rocked hard. He was a fallen soul, a good guy gone very bad, the Darth Vader of D&D. He was tough to kill (if he was run right), and even when you did manage to off him (and then proceed to clean out and claim his awesome castle, natch), you sort of had to respect the guy. Forget about the second module, and please, really forget about the whole campaign setting that formed around him, with the Demiplane of Dread and all that hooey. Strahd?s still the guy that put real fear back into the D&D vampire. 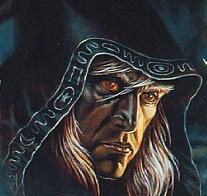 Raistlin?s avid following almost flips him to the ?worst? list, but the complexity of his character and co-author Margaret Weis? obvious love for his story of choosing darkness over light and living with that choice keep the Master of Past and Present on this side of things. He?s still susceptible to silly detail, of course?the golden skin thing is odd, and the hourglass eyes never really made any sense. If Par-Salian wanted to keep a young Raist from going nuts, cursing him so he?d see everything around him as dying and decaying wasn?t the best plan. (It?s said this was a detail made up for the cover art by Larry Elmore.) Being the Dragonlance character with the most depth isn?t really saying much, admittedly, but Raistlin is one of those rare villains that makes you root for him just the same. 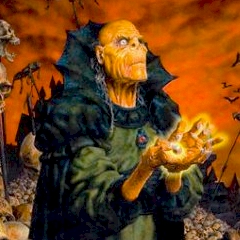 There?s no doubt about it; Vecna is completely swiped. His background is obviously fed by Michael Moorcock?s Corum series, and even his name isn?t his own, but an anagram of Jack Vance?s last name, in honor of the fantasy author?s works (and contributions to D&D?s magic system, among other things). But man, what a swipe. He had a vague but intriguing backstory As a lich who eventually gains lesser divine status, he?s the overachiever of evil D&D mages. (Suck it, Acererak). And what other villain allows you to wear his hand or eye as an artifact-level item? That?s just cool, alignment shift and all. 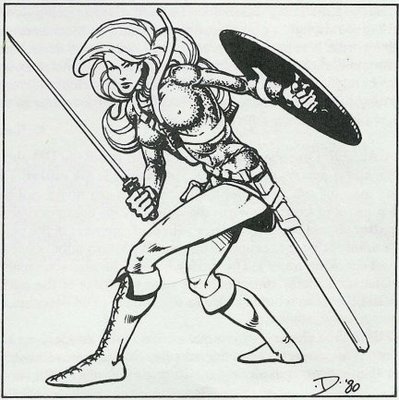 Admittedly, these three characters aren?t well fleshed-out; that may be their primary charm. All three were introduced in examples in early Dungeons and Dragons rules (Morgan Ironwolf and Black Dougal in both the D&D Basic Set Instructions and the 1st Edition Dungeon Master?s Log, and Gutboy Barrelhouse in the sample combat?along with other ?B-squad? characters like Blastum, Barjin, and Balto?in the 1st Edition DMG). All three are touchstones for old-school gamers; we might not know much about them, but they?re remembered fondly just the same. And who can look at that picture of Morgan Ironwolf and not want to play this game?