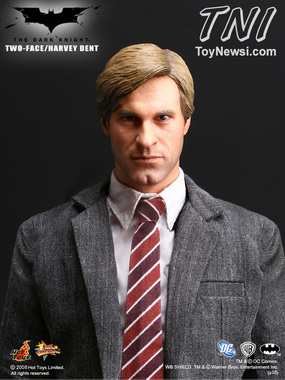 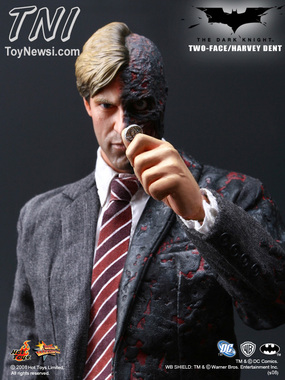 Hot Toys just released pictures of their Harvey Dent/Two-Face figure, and I may be psychic, because as I foresaw, it’s significantly more awesome than Medicom’s version. So not only does this one have his alternate head, he has an alternate semi-destroyed jacket, too, to better compete his Two-Face style. I’m starting to wonder if someone over at Hot Toys sold his soul to the devil to get these amazing likenesses, since all of their Dark Knight toys almost look real.. I don’t why someone would sell his soul for toy sculpting over, say, rock star, but I’m certainly glad they did. (Via ToyNewsI)