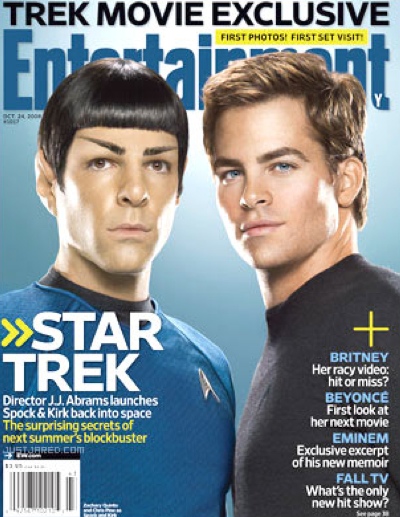 I’ve seen store-bought Star Trek costumes that look better than Zachary Quinto does as Spock on the cover of this week’s Entertainment Weekly. I’m sure that’s his real hair, but it looks more like a wig than an actual wig. And would it kill Chris Pine to put on a fucking Starfleet uniform for a while? Jesus. If all the nerds who hadn’t seen a rough cut of the film?including Shaun of the Dead‘s Edgar Wright?hadn’t universally loved it, I’d be ready to write this one off as a hideous teleporter accident.