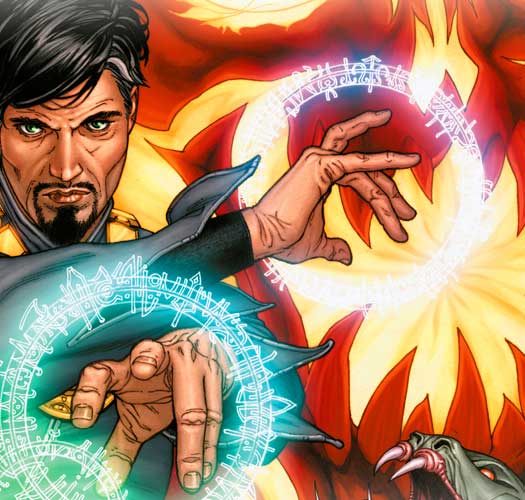 I honestly try to not post obviously untrue rumors on TR, and I know I do a terrible job at it. Admittedly, I’m kind of sensitive about fake news at the moment, but I still want to make sure this is abundantly clear:

Christian Bale is not going to play Dr. Strange. This is not news. This not even a rumor. It is purely bullshit. Let’s begin at the beginning, as IESB describes where the rumor started:

An unnamed source told the news outlet “Bang Showbiz” which has then been reported by Livenews.com.au…

If you trust unnamed sources who leak their scoops to Australian websites for your Hollywood news, you are a moron. I’m sorry about your luck. Additionally, if you believe that Warner would allow the star of their biggest franchise?a DC property?to just play a 2nd-tier Marvel superhero on the side, you are mistaken (and not a moron, necessarily). Would Marvel like Bale to play Dr. Strange? Of course they would, and not just because he’s a terrific actor. Now, Bale could choose to abandon Batman to play Dr. Strange, but he sure as hell wouldn’t be allowed to film Batman 3?there’s no way Warner could let him. So no matter where you see this reported, don’t believe it.

Besides?and this is just my educated guess?which is bullshit until some kind of fact supports it?I doubt Bale would abandon Batman to play Dr. Strange. That’s like trading in a gigantic, hot-off-the-grill T-bone steak for a MacDonald’s hamburger. Except that the steak is the second-highest-grossing steak of all time, and the burger does magic tricks.