Menu
Home
>
Movies
>
Everyone Loves Twilight, Except For the Stars and Millions of Other Bitter People 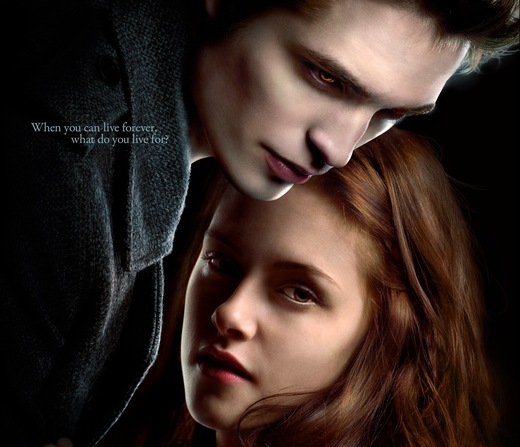 Are you sick of the Anne Rice-for-sheltered-high school-girls vampire romance Twilight? You’re not alone, because even Robert Pattinson and Kristen Stewart?who are pretty much notable only for being the fucking stars of Twilight?kind of hate it too. Here’s what Ms. Stewart had to say about the legions of girls who crowded the film’s set:

?I was like, ?You guys are celebrating something that has not come true yet. So, you are really retarded and have nothing to do with this creative process and I really don?t want to hear you celebrate in front of me. Get out of here!”

But Pattinson, who also played the dead kid in the fourth Harry Potter movie, was much more succinct:

?When I read it, I was convinced Stephenie was convinced that she was Bella, and it was like a book that wasn?t supposed to be published. It was like reading her sexual fantasy, especially when she said it was based on a dream and it was like, ?Oh I?ve had this dream about this really sexy guy,? and she just writes this book about it. Like some things about Edward are so specific, I was just convinced, like, ?This woman is mad. She?s completely mad and she?s in love with her own fictional creation.? And sometimes you would feel uncomfortable reading this thing. It?s kind of a sick pleasure in a lot of ways.?

Very astute, Pattinson. Maybe I won’t beat you for your obscene haircut you had in the Twilight promo during this week’s Heroes (seriously, though, buy a goddamn comb or I will find you and kill you). As for Twilight, I happen to share the same thought as Big Daddy Drew, a contributor to the sports blog Deadspin (sorry; I’m a pro football fan, but I promise it’s in a very nerdy way), who summed up Twilight as eloquently as you’d think a man calling himself Big Daddy on the internet would:

I can?t open a goddamn issue of Entertainment Weekly without hearing about these retarded books. Ooooh, a girl falls in love with a vampire! How new and unheard of! IT?S FORBIDDEN LOVE! Jesus. I liked this story much better the first time I heard it, when it was called ?Every stupid fucking vampire story you?ve ever heard.?

Have a good weekend, guys, and I’ll be back in regular TR form on Monday morning, when we can talk about how awesome/terrible the new Trek trailer looks. (Via Filmdrunk)