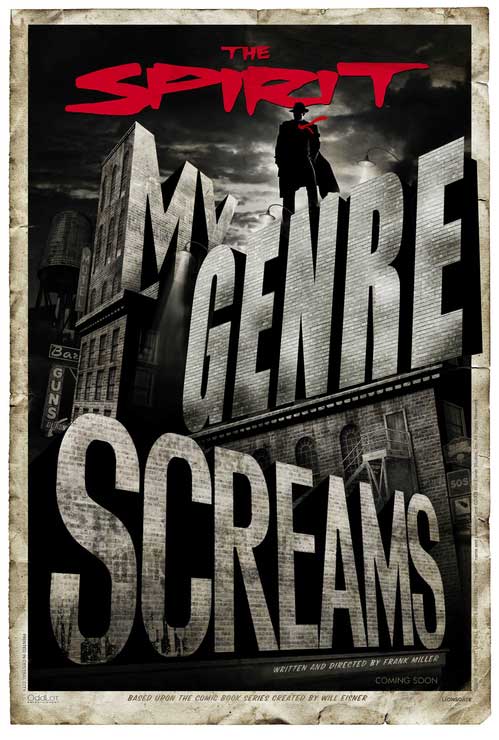 Of course, by “everybody” I mean “a very few people” and by “loves” I mean “barely gave a shit about.” Frank Miller’s The Spirit earned $10 million over the long holiday weekend, making it the least popular of the Christmas Day-opening movies and #9 box office over all. Hilariously, this is less than ’90s superhero failures The Shadow and The Phantom, according to Box Office Mojo. The film has a strong 16% approval rating over at Rotten Tomatoes, with most critics saying while the film certainly has an interesting visual style, everything else–the plot, the acting, the dialogue–sucks eggs. I think the best review is from Nathan Rabin of the AV Club:

In comics, it took Miller decades to devolve into embarrassing
self-parody. In film, he’s made that leap over the course of a single
disastrous film.

Whee! Oh, the mock poster above comes from Dark Piranha, which I thought was swell. Also, in case you’re wondering, I didn’t review the film for TR because I don’t hate myself.