Menu
Home
>
Miscellaneous
>
George Lucas Is Doing It on Purpose 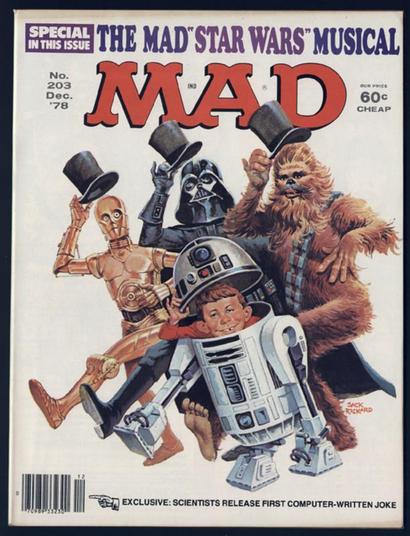 You know when parents are too stupid and insane to take care of their child, the state steps in and takes the child away for its own good? There has to be some kind of law that would similarly allow someone to take the Star Wars franchise away from George Lucas for neglect, abuse and now…a musical. From Yahoo:

Premiering next year in London’s O2 arena, the production will be performed by the Royal Philharmonic Orchestra
in synch with movie clips from the six live-action films. The show will
play in chronological order, from The Phantom Menace to Return of the Jedi.

Seriously, there’s no way Lucas isn’t doing this shit on purpose. He clearly hates the Star Wars franchise and us, and because he doesn’t have the time or energy ot skull-fuck every single Star Wars fan individually, he’s content with making the most asinine Star Wars shit possible. Look, if Mad Magazine thought it was a joke, you’re not allowed to do it seriously, goddammit.